Lautens Retire but not from Community 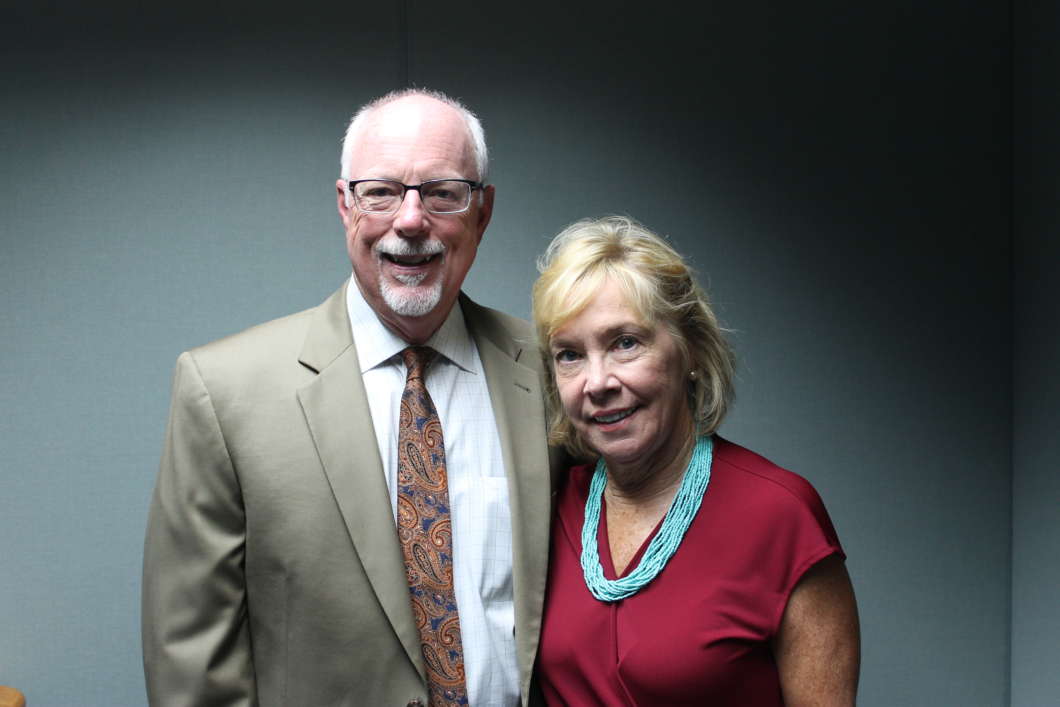 Fred Lauten and Shelley Lauten are stepping down from their respective roles this month: Fred Lauten is retiring as chief judge of the Ninth Judicial Circuit, serving Orange and Osceola Counties, and  Shelley Lauten is leaving her role as CEO of the Central Florida Commission on Homelessness.

The Lautens sat down with Matthew Peddie to talk about their respective careers: the challenges facing the courts, the struggle to end homelessness and where their roles have sometimes overlapped.

“I remember coming home with a stat one day that told the story that in Central Florida 46% of us don’t have access to 400 dollars in cash or credit. So Fred paused, I’ll never forget this, Fred paused and went “400 dollars. That’s what we charge in Felony Division for someone’s court appearance.” Shelley Lauten said.

“And then now if you can identify that, what do we do about that.”

With that information and the work of other activists like Pastor Tim Johnson, Judge Lauten looked into statutes where some fines could be converted to community service for indigent people.

Both Fred and Shelley Lauten say while they are retiring from their jobs, they will not stop being involved in their community.

Judge Lauten said he plans to mediate in cases,  while Shelley Lauten has said she still plans to be involved with the community.

But first, they’ll take the summer to travel and attend their son’s wedding.