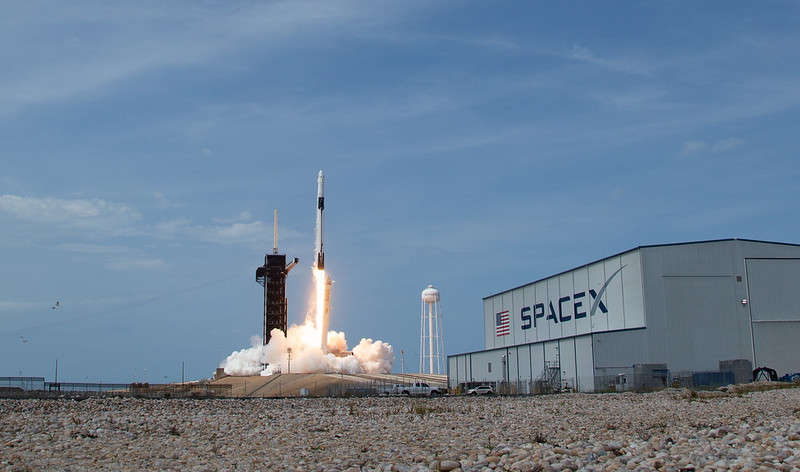 Launches like this one draw tourists to the Space Coast. Photo: NASA

With the pandemic receding, cruises are looking to set sail this summer and people are heading back to the beaches. For the Space Coast, it’s a sign that Florida is becoming a travel destination once again. WMFE’s Brendan Byrne spoke with Peter Cranis, executive director at the Space Coast Office of Tourism, about space tourism, cruise lines and how COVID-19 has impacted Florida’s tourism industry.

Cranis says the pandemic was difficult for hotels, restaurants, and retail. He adds that some businesses were fortunate to weather the pandemic but others were not as lucky. His calculated that Brevard County lost $262 million in tourism and visitor spending.

“I’ve never seen anything like this in my 30-plus years of work in the tourism industry. And I’m glad to be saying now that we are getting back to business. But those losses will never be recuperated,” Cranis says.

Cruises brought business to Port Canaveral, with tourists staying at hotels before or after their cruise docked, which brought in some revenue. But with cruises on hold, that revenue dried up.

“I think we managed to replace it with some business, because there were people who maybe, they weren’t able to go on a cruise, and so instead of doing that they decided to come to the beach instead.”

Cranis believes that July will be a test month for cruises to ship off and that by August, they may be ready for more. He hopes that there will not be any setbacks due to new variants of the coronavirus, and the cruise industry will be back in full strength by 2022.

“The health of the space industry has sort of fueled the health of tourism kind of coming back, and will continue to do so and help us grow,” says Cranis.

He says the office started promoting rocket launches in their marketing, with almost one launch a week this year.

“We’re telling people that, you know, if they come to the Space Coast, it’s very likely that they’ll get to see a launch. And we are promoting ourselves as the only beach that doubles as a launch pad.”

Cranis is hopeful that people will flock to Florida to witness a historic launch on the Space Coast or participate in other tourist activities.