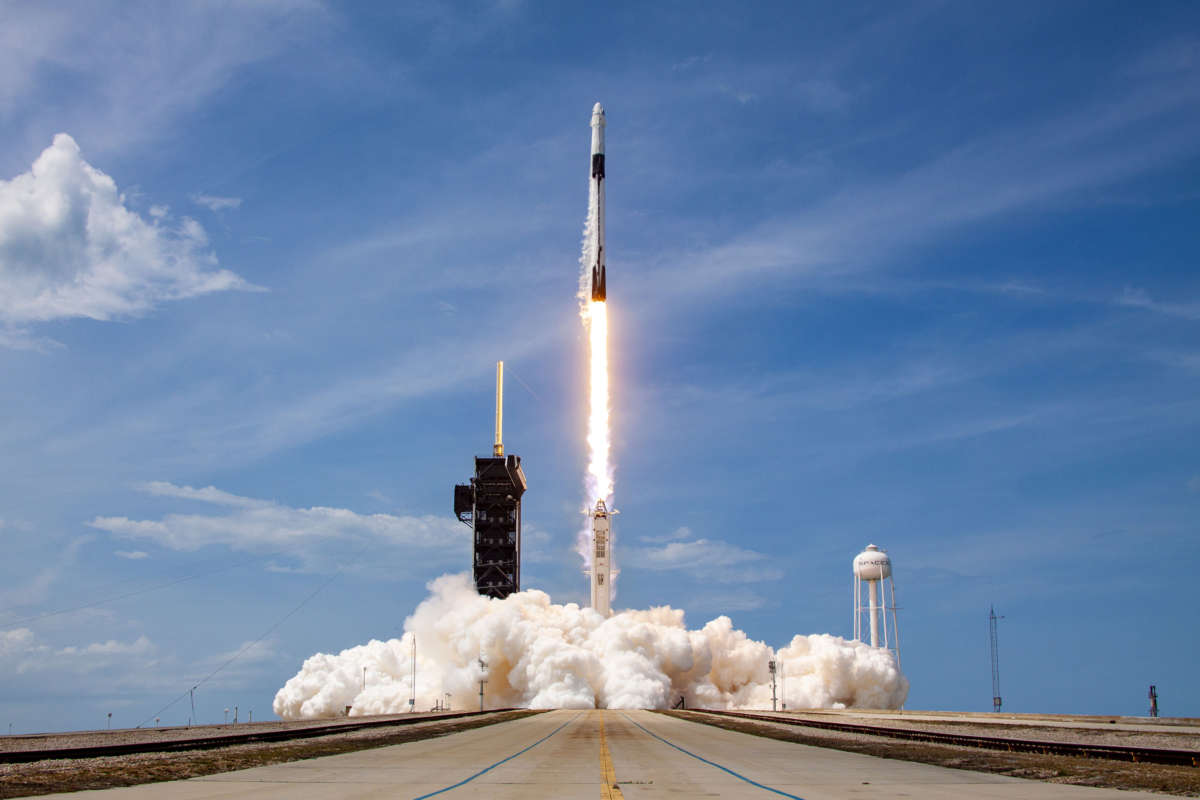 The rocket that launched SpaceX’s first human mission is back to work — launching a South Korean military satellite Monday from Cape Canaveral. An attempt last week to launch the payload was scrubbed due to hardware issues.

The Falcon 9 rocket will launch South Korea’s first dedicated military satellite into a geostationary orbit which allows the satellite to focus on the same position while in space.

SpaceX routinely lands the first stage booster and reuses the rocket, an effort to lower the cost of access to space.

This Falcon 9 booster previously launched SpaceX’s Demonstration Mission 2 which sent NASA astronauts Doug Hurley and Bob Behnken to the International Space Station. It was the first human launch from the United States in nearly a decade.

SpaceX will again attempt to land and reuse this booster, targeting touchdown on a barge out in the Atlantic.