Last Stop Before Liftoff For NASA Astronauts Gets An Upgrade 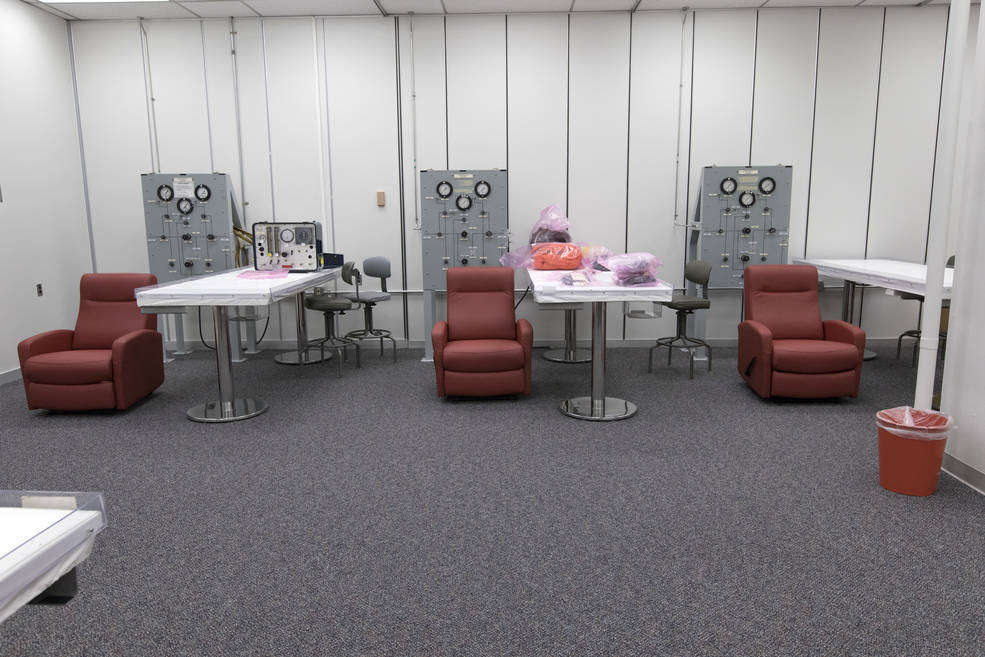 Shown here is the suit room, where astronauts are helped into their pressure suits before leaving the crew quarters for a mission. This room now features three suit containment rooms — one each for Orion, Boeing and SpaceX. Photo: NASA

The astronaut crew quarters at Kennedy Space Center are getting an update ahead of the first launch of NASA astronauts from U.S. soil since 2011.

Since the 1960s, the crew quarters in the Neil Armstrong Operations and Checkout Building served as the last stop before astronauts boarded their spacecraft and launched into space.

The quarters haven’t seen astronauts since the end of the shuttle program in 2011. Now, parts of the building are getting upgrades ahead of Kennedy Space Center’s return to human spaceflight.

NASA is partnering with private companies SpaceX and Boeing to launch astronauts to the International Space Station sometime next year. The upgraded facility will help get the astronauts in their spacesuits before the launch.

Program leaders are expected to give an update on the commercial crew program later this week at the Johnson Space Center in Houston.