Last Stop Before Launch: NASA Astronauts Will Arrive At Kennedy Space Center Ahead Of Historic Mission 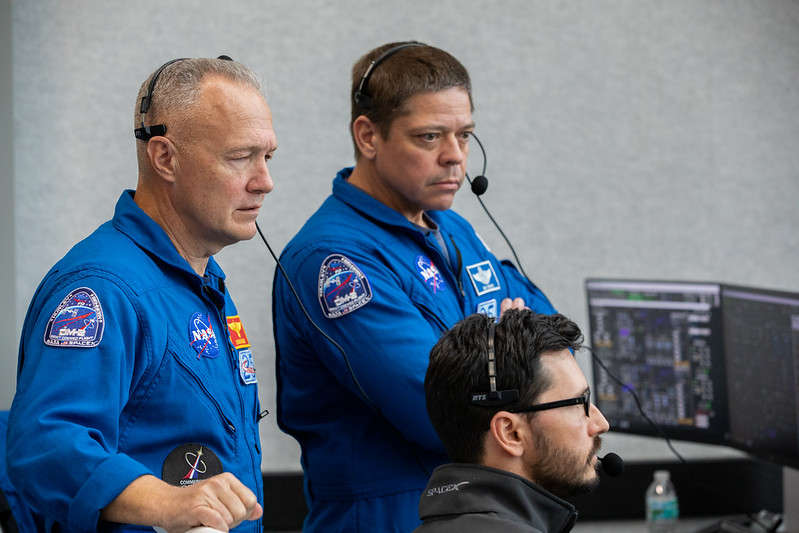 Two NASA astronauts will arrive at Kennedy Space Center Wednesday ahead of a launch to the space station next week. It will be the first human launch from the U.S. since the retirement of the Space Shuttle program in 2011.

NASA’s Bob Behnken and Doug Hurley will spend a week in quarantine at KSC before launching on a Falcon 9 rocket next week. The agency is working with private companies like SpaceX to launch humans to the station, ending a nearly decade-long reliance on the Russian space agency for rides.

The two Shuttle-era astronauts will spend the next week in a familiar facility.

“They’ll go into quarantine in crew quarters at the Kennedy Space Center just as they did as they flew aboard the Shuttle,” said KSC Director Bob Cabana. “It’s different, but in many ways it’s going to feel familiar to them”

Behnkin and Hurley flew two shuttle missions each. The duo joined the Astronaut corps in 2000.

NASA and SpaceX will conduct a Flight Readiness Review this week ahead of the planned launch May 27.

WMFE will present “Return to Flight,” a special program about this historic launch, at noon May 27. Learn more >