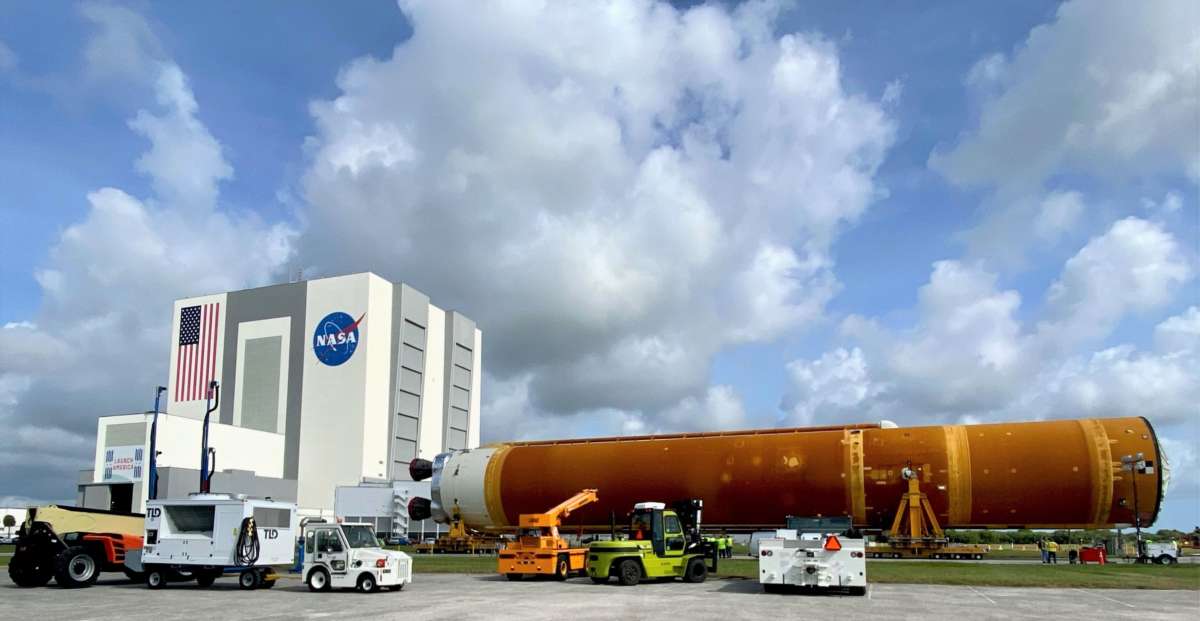 The final piece of NASA’s next moon rocket was unloaded Thursday at Kennedy Space Center ahead of an uncrewed launch to the moon and back later this year.

The core stage of NASA’s Space Launch System, or SLS, rocket arrived by barge earlier this week after undergoing testing in Mississippi.

The two solid rocket boosters that help lift the massive rocket have already been assembled and the capsule is undergoing its final checkouts before mating with the rocket.

The arrival of the booster designed and built by Boeing is the last key piece for NASA’s Artemis program, the agency’s next moon shot.

“It means the last piece of the hardware is here at Kennedy,” said Artemis launch director Charlie Blackwell Thompson.  “It means that the next phase of integration is putting this rocket together. It’s a special day.

The booster now heads into the Vehicle Assembly Building for final check outs and integration with other elements of the rocket system before its planned launch, which could happen as early as the end of this year.

“It’s really exciting,” said Boeing engineer Kristine Ramos of the booster’s arrival at KSC. “When was the last time we had such a big rocket come through here that’s going back to the moon?”

While this booster will fly an uncrewed mission, astronauts will soon follow. Artemis II will take humans on a trip around the moon and back ahead of Artemis III — the agency’s first human lunar landing since the end of the Apollo program in the 1970s.