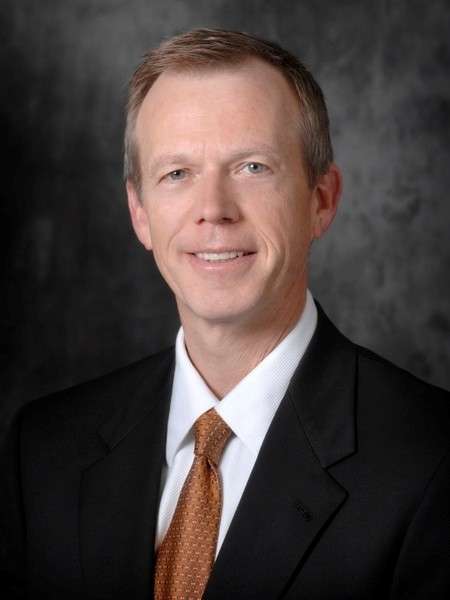 The CEO of Florida Hospital is moving up to a larger role with the parent company. Lars Houmann will be the executive vice president of the Florida Division of Adventist Health System starting December 1.

Nonprofit Adventist Health System operates 42 hospitals in 10 states, and has made more than $400 million in profit so far this year. The hospital agreed to pay more than $100 million last month to settle fraud allegations.

See below for the full release:

Historically, the Chief Executive Officer of Florida Hospital has also acted as the CEO of the Florida Division, a position currently held by Lars Houmann. Florida Hospital is now separating these roles.

Effective Dec. 1, Houmann, who is also executive vice president of Adventist Health System, will be devoted full-time to the Florida Division.

“With the ever-changing and growing landscape of the healthcare industry, the need for a Division focus has evolved significantly in recent years,” said Don Jernigan, AHS president and chief executive officer. “Additionally, the Florida Division continues to thrive by addressing population health, the shift to a consumer-driven experience, as well as other strategic initiatives with system-wide reach. Our system will benefit from a more unified approach and our Florida Division leaders will help further ensure engagement while also mitigating risk.”

As part of the leadership change, Houmann will be joined at AHS by Eddie Soler, who currently serves dual roles as the Chief Financial Officer of Florida Hospital and the Florida Division; and Chief Strategy Officer David Banks.

Houmann, Soler and Banks will form the core leadership team will work to advance the strategic initiatives of the Florida Division.

“The fresh perspective brought by these key leaders will instill new energy into the organizations and communities they serve. I’m very excited about the opportunities this brings to our organization,” Jernigan said. “These leaders are deeply devoted to our mission of extending the healing ministry of Christ and will be a tremendous asset in their new roles.”

About Rob Fulbright:
Fulbright has been with Florida Hospital for nearly 20 years. He assumed his current role early in 2014, as senior executive officer and administrator of Florida Hospital Orlando, with additional oversight of Florida Hospital Winter Garden. Fulbright oversees a 1,200-plus bed, full service, acute-care hospital that cares for more than 375,000 patients a year. He previously served in leadership positions at Florida Hospital locations in DeLand, Kissimmee, Winter Park and Altamonte Springs.

About Lars Houmann:
Houmann joined Florida Hospital in 1993, and has served as CEO since 2006. He has been responsible for several major hospital expansion projects, including Florida Hospital Celebration Health, and the soon-to-open Florida Hospital for Women. During his tenure, Florida Hospital has repeatedly been named the top hospital in Florida and among the best in the country by U.S. News and World Report. He has spent his entire career in hospital administration, serving at hospitals in Massachusetts, California, Arizona, and Florida. He has experience with small community hospitals, multi-hospital systems, and large teaching hospitals in both the for-profit and nonprofit sectors. Houmann is actively involved in healthcare advocacy and economic development, and serves his community through volunteer involvement and support of organizations such as American Heart Association, Shepherd’s Hope Clinics, American Diabetes Association, United Global Outreach, and the Seventh-day Adventist Church. He actively participates in international healthcare mission projects in South America, Africa, the Caribbean, and Asia.

About Eddie Soler:
Soler has spent many years at Florida Hospital, working in the finance and performance improvement areas. He formerly served as Florida Hospital’s Chief Information Office, and also as senior vice president and Chief Financial Officer for the Adventist Health System’s Midwest division. Soler is very involved in the community, serving on the boards of United Way, Central Florida Commission on Homelessness, Hispanic Business Initiative Fund, and the Financial Leadership Network at Rollins College.