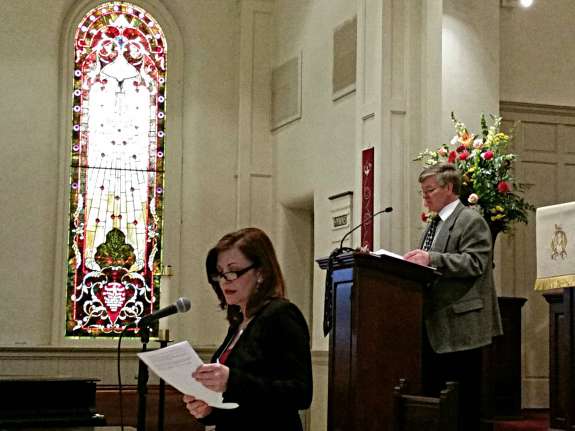 The Presbyterian Church (U.S.A.), which includes more than 4,000 ministers and 1.8 million members of their congregations, approved new language Tuesday that allows its churches to perform same-sex marriages.

In a statement, the Covenant Network of Presbyterians said the change would become effective June 21.

“With today’s presbytery votes, a majority of the 171 presbyteries of the Presbyterian Church (USA) have approved an amendment to the church’s Book of Order that describes marriage as ‘a unique relationship between two people, traditionally a man and a woman.’

“The change aligns the church’s constitution with a reality that has long been true: Both same-gender and opposite-gender couples have been living in relationships that demonstrate covenant faithfulness, shared discipleship, and mutual love.”

Individual clergy may still refuse to perform gay marriage ceremonies. While a New Jersey presbytery — or local leadership body — on Tuesday became the 86th to approve the language, providing a majority, the New York Times reports that 41 have opposed it and one was tied.

“The church, with about 1.8 million members, is the largest of the nation’s Presbyterian denominations, but it has been losing congregations and individual members as it has moved to the left theologically over the past several years. There was a wave of departures in and after 2011, when the presbyteries ratified a decision to ordain gays and lesbians as pastors, elders and deacons, and that may have cleared the way for Tuesday’s vote.

“With many conservative Presbyterians who were active in the church now gone, as well as the larger cultural shift toward acceptance of same-sex marriage, the decisive vote moved quickly toward approval, according to those on both sides of the divide.”

Conservative Presbyterian groups encouraged members to keep the debate going and to redirect donations away from the national organization, the Associated Press reports.