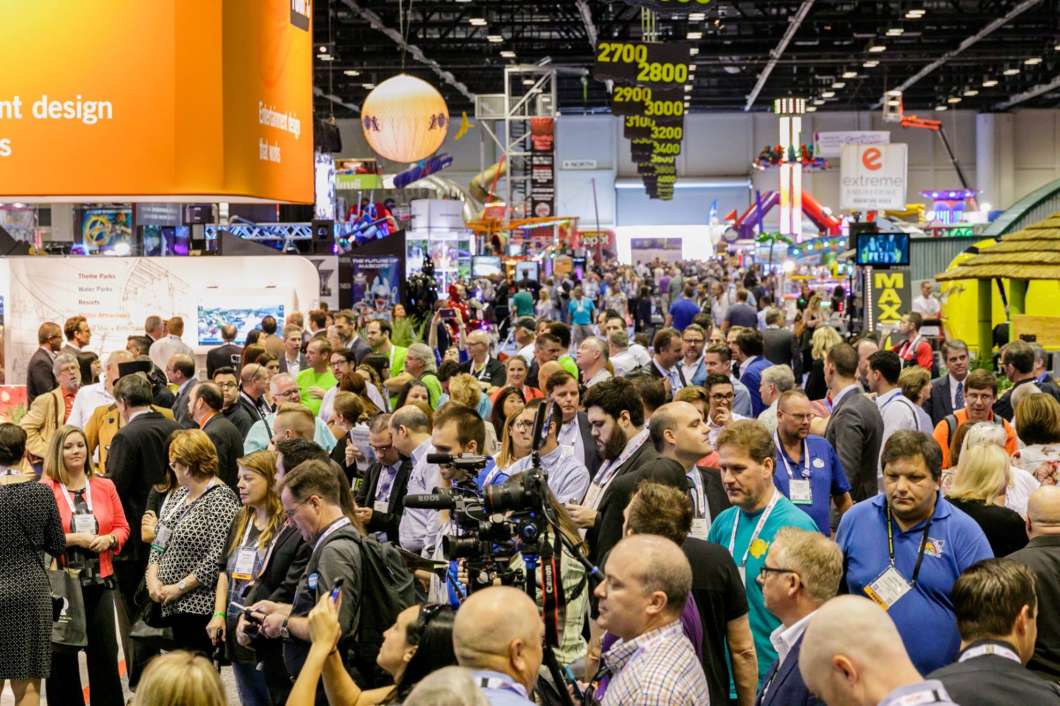 The world’s largest amusement park and attractions trade show gets underway Tuesday at the Orange County Convention Center in Orlando.

Around 1,000 vendors are showcasing the latest in water slides, funnel cakes, virtual reality headsets, bounce houses and more. Some 35,000 attendees are expected at the annual trade show of the International Association of Amusement Parks and Attractions.

“We are actually very proud to say the IAAPA Attractions Expo actually contributes a great deal to the Orlando community,” said spokeswoman Susie Storey.  “We’re going to see about a $77 million impact just in this week alone.”

The trade show takes up more than 10 miles of aisles on the convention center floor. “There are 1,100 exhibitors for all over the world. They are companies more than 100 countries coming to show what’s new in ride and tech,” said Storey.

The IAAPA Expo runs until Friday and is open to anyone in the amusement park or attractions industry.