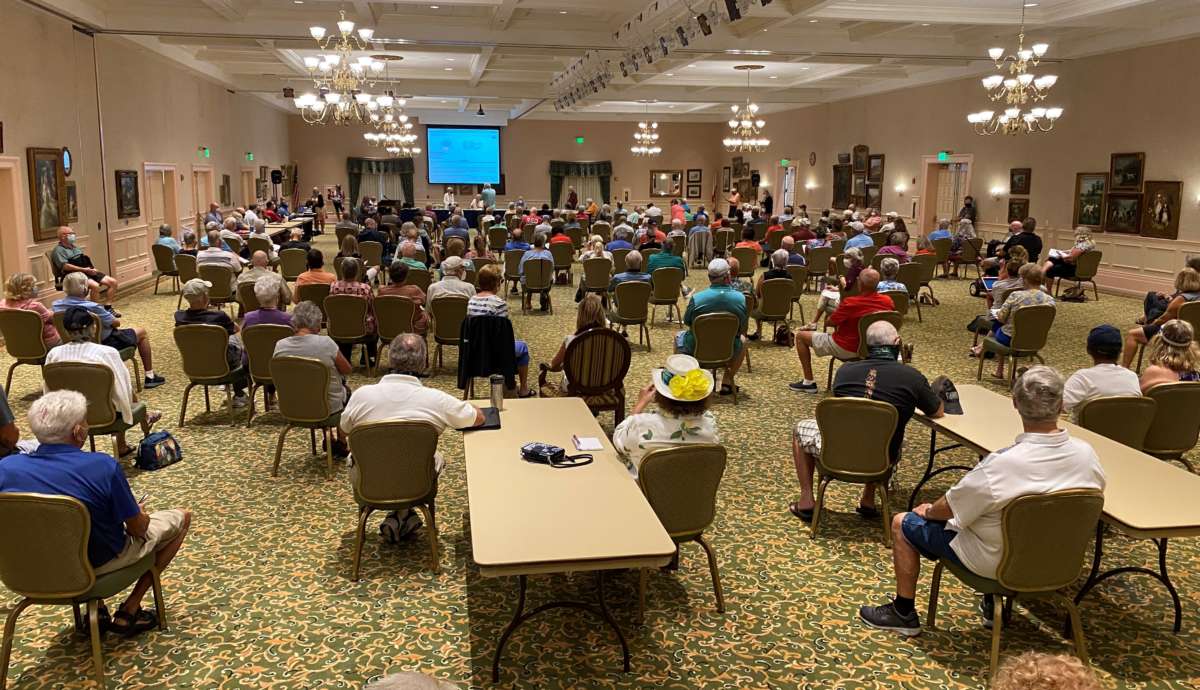 About 200 residents attended a meeting of the Amenity Authority Committee in The Villages. They wore masks and practiced social distancing. Photo: Joe Byrnes

Two hundred Villagers packed a ballroom Wednesday to try to block a large apartment complex near their homes in the sprawling Central Florida retirement community.

But a committee that could have erected a roadblock cleared the way for it instead.

The Villages had an agreement allowing it to build 286 apartments for assisted living or independent living on the site of the recently demolished Hacienda Hills Country Club.

The Hacienda Country Club on Morse Boulevard has been demolished. Photo: Joe Byrnes

Those apartments would have all the benefits of the Villages lifestyle.

Now the developer wants to build regular apartments there but doesn’t want to pay the pricey amenity fees.

Instead, the complex would have a pool and courts that other Villagers could use.

Twenty-three residents raised issues: traffic, crime, property values, promises about their premium homes, the loss of revenue, the loss of the country club.

“This is building a high-density property in the middle of an established residential neighborhood. You know, shame on The Villages,” he said, as other residents applauded. “They have plenty of other land they can build on.”

Villages District Manager Richard Baier said the developer could put something else on that property.

“So if there was a multi-story parking garage or if there was a determination to build something else,” he said, “whether it be a big-box retail or any number of other issues, they’re left of course to the private property owners discretion.”

In the end, the Amenity Authority Committee voted 4-1 to go along with The Villages’ request.