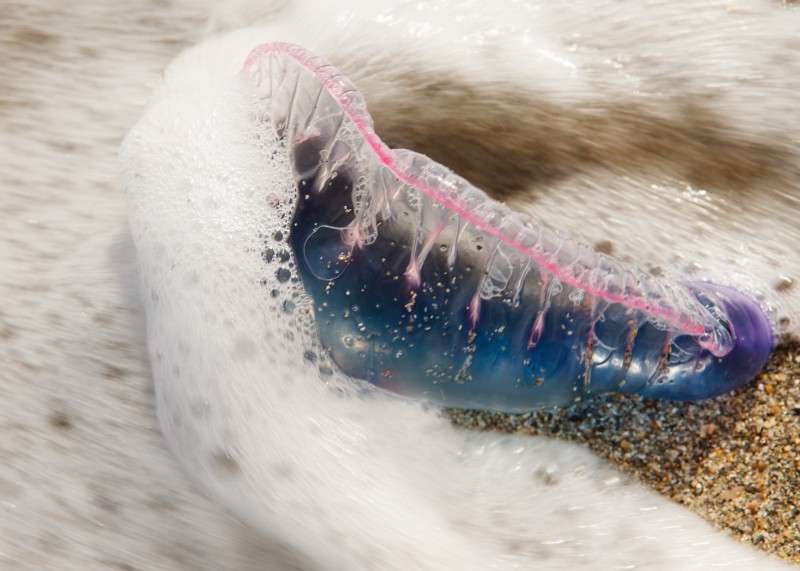 John Pendergrast, a meteorologist at the National Weather Service, said forecasters expect a higher than normal risk of rip currents.

“Anytime we have a swell that’s coming in from the open Atlantic, as well as the tidal conditions, you will see rip currents possibly developing,” Pendergrast said.

“We are calling for a higher than normal risk of rip currents through the weekend, with the swell coming in from the ocean, as well as the weather conditions at the beaches.”

To avoid getting trapped in hazardous rip currents, officials suggest that beachgoers swim in front of a staffed lifeguard tower.

Along with rip currents, beachgoers should keep an eye out for Portuguese man o’ war jellyfish. Their stings are said to be incredibly painful, but only last around 30 minutes and are not deadly.

“Here in Volusia County we treat all the jellyfish stings the same way, just with white vinegar,” said Malphurs. “We’ve had an onshore wind the last couple days, that’s why they’re here. It doesn’t hurt to be prepared. With your food, and your water, and your sunblock, bring some white vinegar also.”

Early afternoon high tides are expect to force the temporary closure of some beach ramps. Beachgoers should arrive early or use off-beach parking to avoid any hassle.