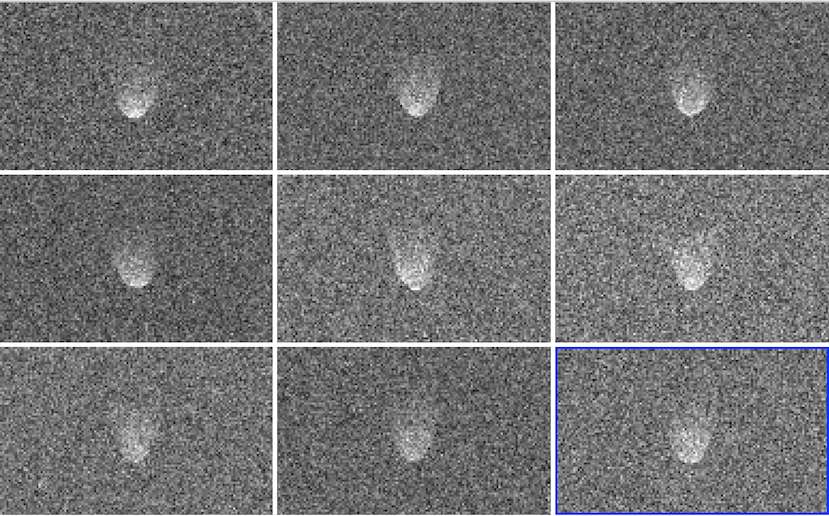 A large asteroid will zoom by Earth beginning Thursday night and remain in the sky throughout the weekend. Despite its size, there’s no threat to our planet.

The asteroid named Florence is 2.7 miles in size making it the largest asteroid to pass our planet this close since NASA started tracking near-Earth objects.

“While many known asteroids have passed by closer to Earth than Florence will on September 1, all of those were estimated to be smaller,” said Paul Chodas, manager of NASA’s Center for Near-Earth Object Studies (CNEOS) at the agency’s Jet Propulsion Laboratory in Pasadena, California.

Asteroid Florence will zoom by earth at a distance of about 4 million miles. Photo: NASA

Seminole State College Planetarium Director Derek Demeter said it will pass at a distance of about 4 million miles away making it harmless to us here on Earth.

“There’s no reason to worry about it,” said Demeter. “That’s the nice thing, you can look at it thought binoculars or a telescope and realize a couple of mile long piece of rock hurdling through space that if it were to hit us it would cause a mass extinction, but thankfully it’s not.

Unlike other astronomical events, like the recent eclipse, these flybys are hard to predict, said Demeter. “This is something that just pops up because we don’t see it for a while, then all of a sudden it gets bright enough to detect it, then we observe it, then it disappears into the darkness.”

The asteroid won’t be visible to the naked eye but if you have a telescope you can see Florence in the southern sky at its highest point around 11 p.m. to midnight throughout the weekend. Demeter said you can spot it just north of the constellation Capricorn.

Florence was discovered in 1981 by Schelte “Bobby” Bus at Siding Spring Observatory in Australia. He named the asteroid after Florence Nightingale, the founder of modern nursing. This flyby is the closest since 1890 and the closest it will ever be until after 2500.