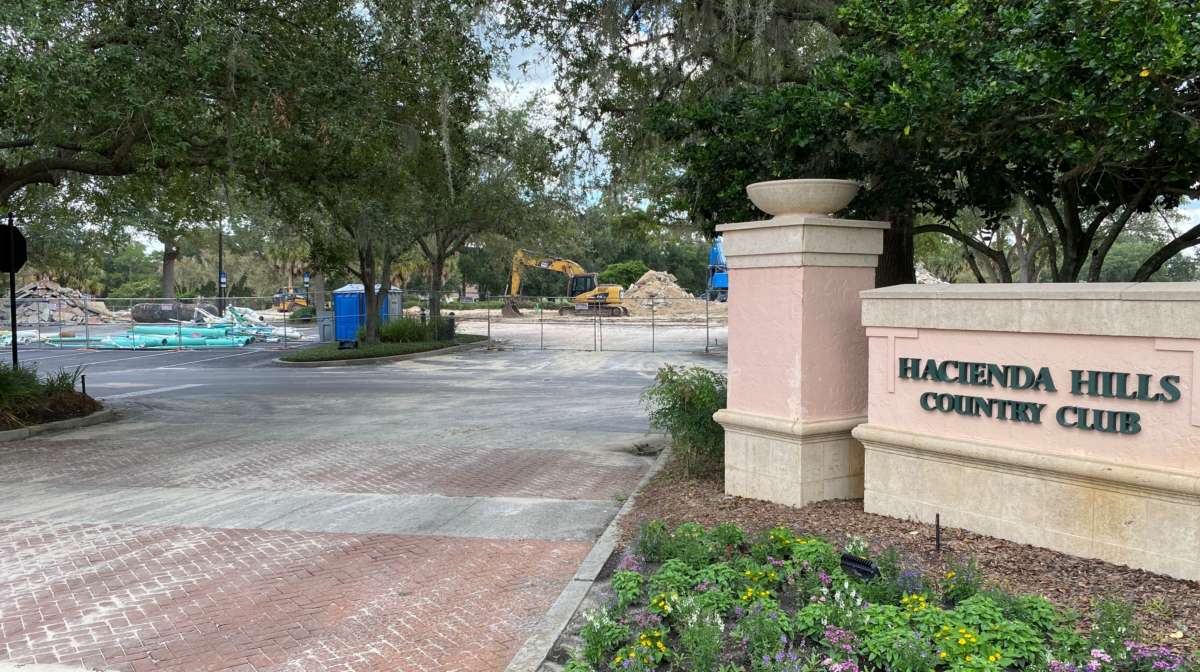 The Villages plans an apartment building at the former site of the Hacienda Hills Country Club. Photo: Joe Byrnes

The Sumter County Commission is poised to clear the way for a four-story apartment building in The Villages and upstairs apartments at the Lake Sumter Landing Town Square.

The hearing Tuesday night comes as county voters have already rejected three of the five commissioners.

At previous meetings, Villages residents lined up by the dozens to oppose these land-use changes. Among their concerns are traffic, property values and loss of the country club lifestyle they were promised.

The county has so far moved the proposal along, and now come the final hearings.

The Villages developer’s plan for 286 apartments on the former site of the Hacienda Hills Country Club has drawn the most opposition.

A lawyer for nearby homeowners is urging commissioners to delay the vote, saying, among other things, that this kind of major modification requires additional study and approvals.

A delay could leave the decision in the hands of a dramatically different County Commission, as three new members take office in November.