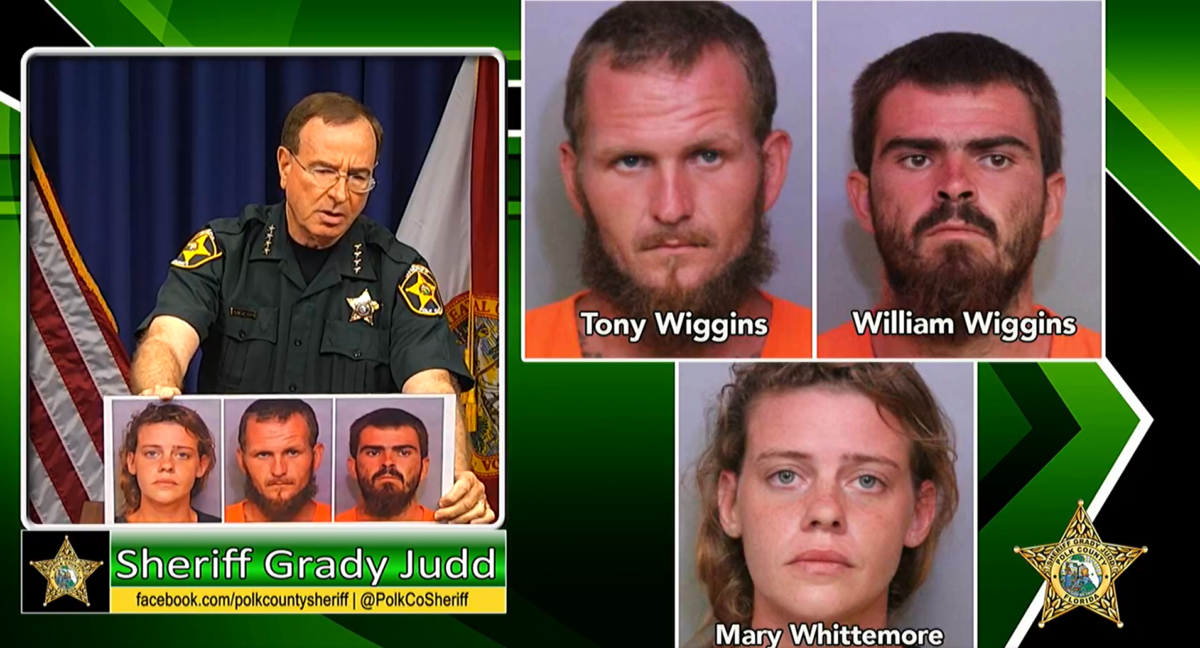 A Polk County man has been arrested in the killings of three close friends who were going fishing Friday night near Frostproof.

At a press conference Wednesday, Sheriff Grady Judd described 26-year-old Tony “TJ” Wiggins, who has a long criminal history, as “pure evil in the flesh.”

Describing the investigation, he said detectives learned that Wiggins confronted the men while their two pickups were parked on Lake Streety Road, a remote clay roadway near Frostproof.

He walked between the trucks and shot Damion Tillman, 23, Keven Springfield, 30; and Brandon Rollins, 27, multiple times with a 9mm handgun.

Judd says Wiggins followed Tillman from a Dollar General store to confront Springfield about a truck. Wiggins’ 27-year-old girlfriend, Mary Whittemore, and was with him.

His 21-year-old brother, William “Robert” Wiggins, was driving. He provided investigators with an account of the crimes.

After the shootings, Judd said they got rid of the gun and went to the McDonald’s in Lake Wales for 10 McDoubles and two McChicken Sandwiches.

TJ Wiggins faces three counts of first-degree murder, possession of a firearm by a felon and other charges. Robert Wiggins were arrested on accessory to murder and tampering with evidence. Whittemore was arrested on the accessory charge.

Judd said they were living in travel trailers “off the grid” on a remote parcel in Lake Wales.

The Sheriff’s Office, meanwhile, is helping the victims’ families raise money for their funerals. Information can be found on agency’s Facebook page.