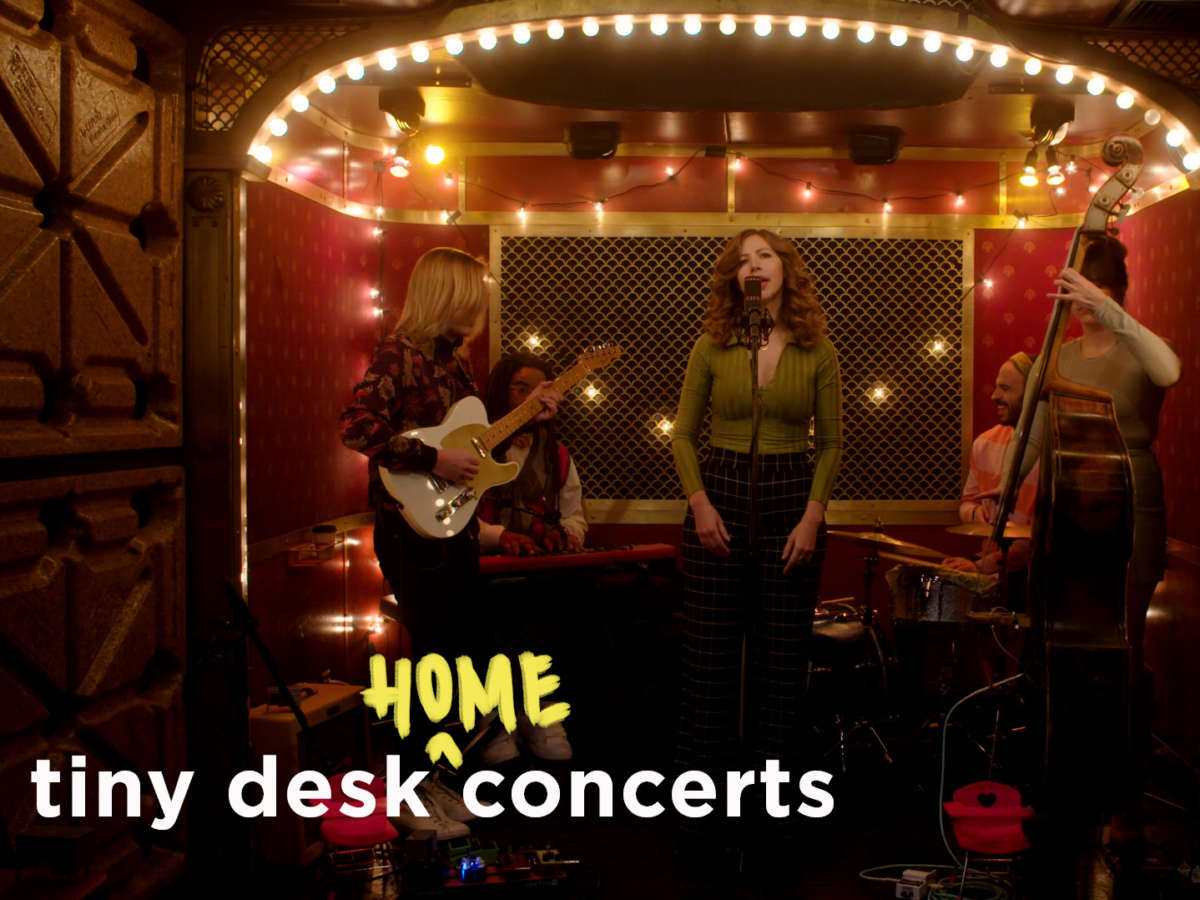 Lake Street Dive filmed its Tiny Desk (home) concert where the band is most at home: on stage at the “biggest little venue in NYC,” Pete’s Candy Store. All five band members managed to squeeze onto a stage no larger than the actual Tiny Desk to shine a spotlight on the Save Our Stages Act. Congress passed the $15 billion grant program last December as part of the $900 billion coronavirus relief bill. In the middle of the home concert, bassist Bridget Kearney recalls driving to the Williamsburg neighborhood of Brooklyn for a gig at Pete’s, then driving back to Boston the very same night, long before they ever sold out Radio City Music Hall on the other side of the East River.

It’s hard to believe the band has released seven studio albums. Its latest, Obviously, provided the setlist for this intimate performance and prominently features the newest member and co-songwriter, keyboard and vocalist Akie Bermiss. Hopefully we’ll all be packed into tight venues again soon, adding the thunderous applause we’re all yearning to contribute. Until then, we’ll just have to settle for clapping at our screens.