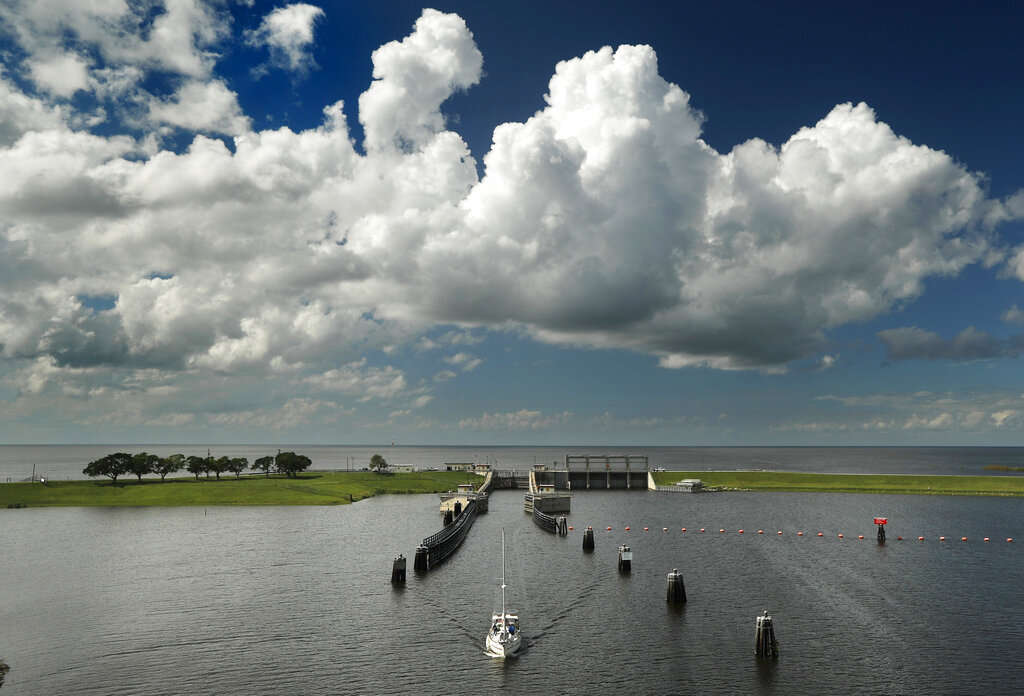 In this Friday, Oct. 25, 2019, photo, a sailboat starts down the St. Lucie Canal after leaving Lake Okeechobee, background, through the Port Mayaca, Fla., lock north of Belle Glade, Fla. The lock and dam was built in 1977 to raise the water level in the lake and provide flood control. (AP Photo/Robert F. Bukaty)

The work is scheduled to wrap up early next year.

For several years the U.S. Army Corps of Engineers has been shoring up the more than half-century-old dike around Lake Okeechobee to address safety concerns.

The corps also is revamping the rules for managing the lake. Col. James Booth is overseeing the project. He says the improvements will provide a lot more flexibility for water managers.

“We saw that heavy rainfall in the late ‘90s, early 2000s was actually carrying sediment away from the embankment. A bad situation. That’s gone. We spent 15 years and billions of dollars fixing that.”

He says other Everglades restoration projects will help provide even more relief for Lake Okeechobee, which is considered the liquid heart of the Everglades. The army corps is accepting public comment on its latest draft plan until Sept. 12.