Lake Eola Swan Queenie Is On Her Way To Find Love 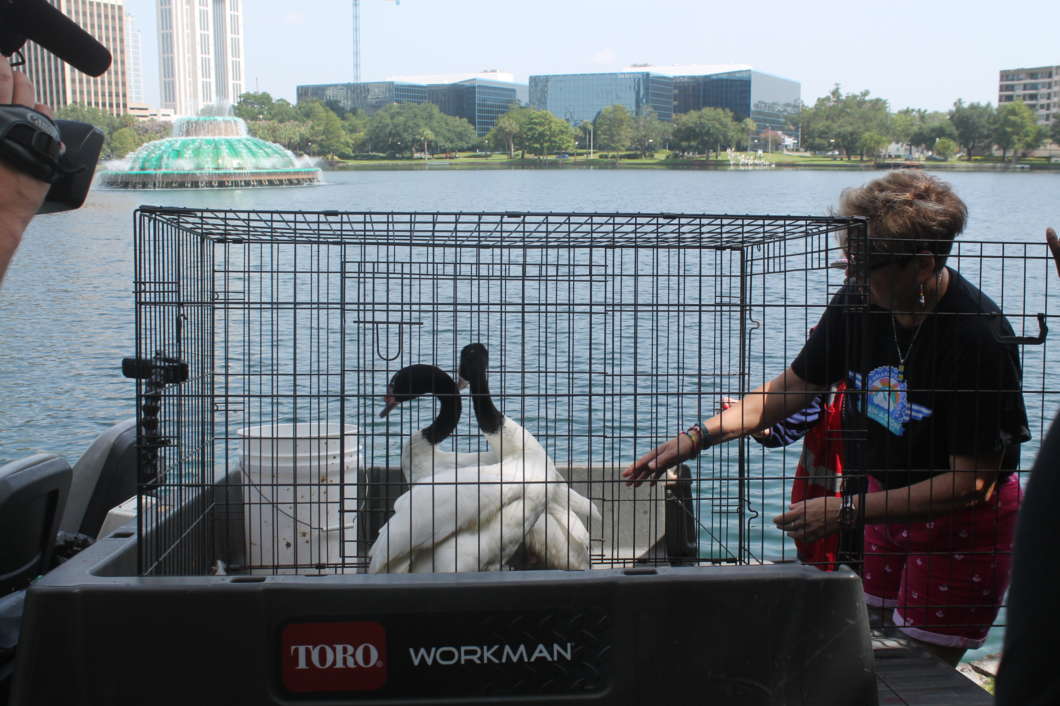 The two swans that were donated by Swan-A-Thon. Photo by Jordyn Markhoff

City of Orlando staff released the swans from their acclimation pen to Lake Eola.

District 4 commissioner Patty Sheehan said the swans were in the acclimation area for 3 weeks before being released.

Patty Sheehan, the District 4 Commissioner, helping City of Orlando staff release one of the swans into Lake Eola. Photo by Jordyn Markhoff

“It really tugged at everybody’s heart strings to see Queenie. She used to just swim around with the swan boats over and over and over again. And it’s really sad she’s all by herself. Her mate got killed ‘cause unfortunately someone fed him popcorn. She’s been lonely for a long time she’s actually sat on the other swan’s nests. So it was our hope that she’ll mate with one of these guys and that we’ll have black-neck babies next year.”

Sheehan said through Swan-A-Thon, the city also hopes to buy a mate for a trumpeter swan called Spade.