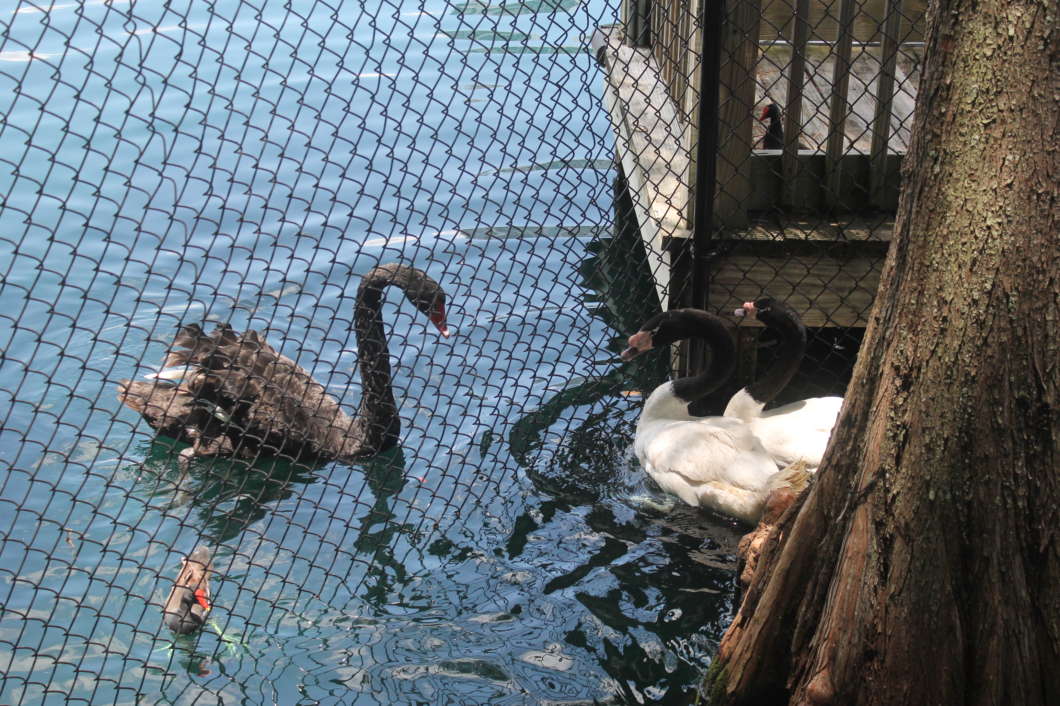 In Orlando, a swan named Queenie got a second chance at love today.

The city’s trying to find her a mate in a bid to preserve Lake Eola’s swan population.

There was some squawking and then a splash and then the two male black-necked swans swam out into Lake Eola.

The birds are a second chance at love for female black-necked swan named Queenie after her mate was killed after a visitor fed him popcorn.

Orlando resident Shawn Pennington is leading the effort to conserve the swans.

He worked with the city to start a Swan-a-thon-raising money to bring Queenie two potential new mates.

“Whatever Queenie decides it will be her choice and not her only option. Now that we have this Swan-a-thon that will be Queenie’s swan song. Not that she lived and died alone, but that she has come up with a fund that will sustain these iconic swans now and into the future.”

Pennington says they plan to introduce a pair of Trumpeter swans next.

Although the swan population is dwindling, swans are still nesting in the park. Photo: Steve Yasko

“We might be able to enhance their feeding programs. Buy nicer areas to nest. These are all things I have to beg for. And because it’s the icon of our city, I think we should take better care of them.”

Sheehan says the swan population at Lake Eola is dwindling due to increased human interference with the birds and their nests.

She says the park is home to five of the seven swan species from around the world.