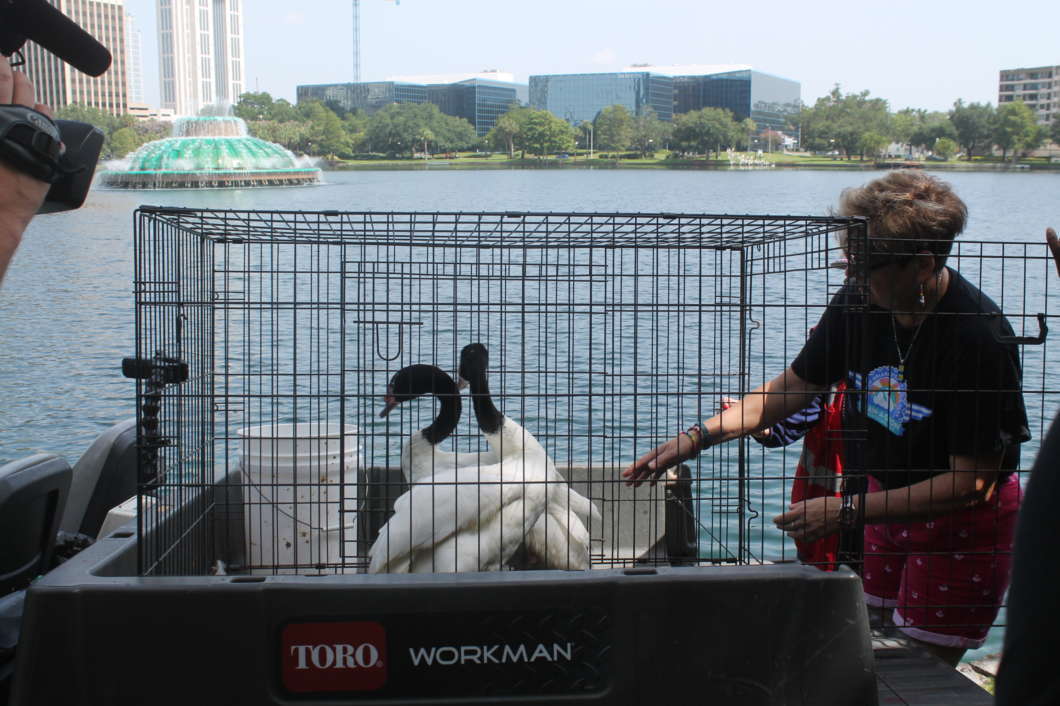 The two swans that were donated by Swan-A-Thon. Photo by Jordyn Markhoff

Orlando officials thought they purchased two male black-necked swans to be potential mates for Lake Eola’s female swan Queenie. However, that was not the case. One of the swans died last month, and a necropsy revealed the swan was actually female.

The Florida Department of Agriculture and Consumer Services’ necropsy also uncovered that the swan had a condition where protein builds up in its organs leading to failure.

City commissioner Patty Sheehan told the Orlando Sentinel that she suspects they were sold a sick bird.

Officials are now trying to figure out a course of action.

Orlando officials originally bought the two birds to preserve Lake Eola’s swan population and to help female Queenie find a second chance of love after her previous mate died from being fed popcorn.

It’s not all bad news because she still has one more shot at love, but, will the only male black-necked swan accept Queenie’s last rose?