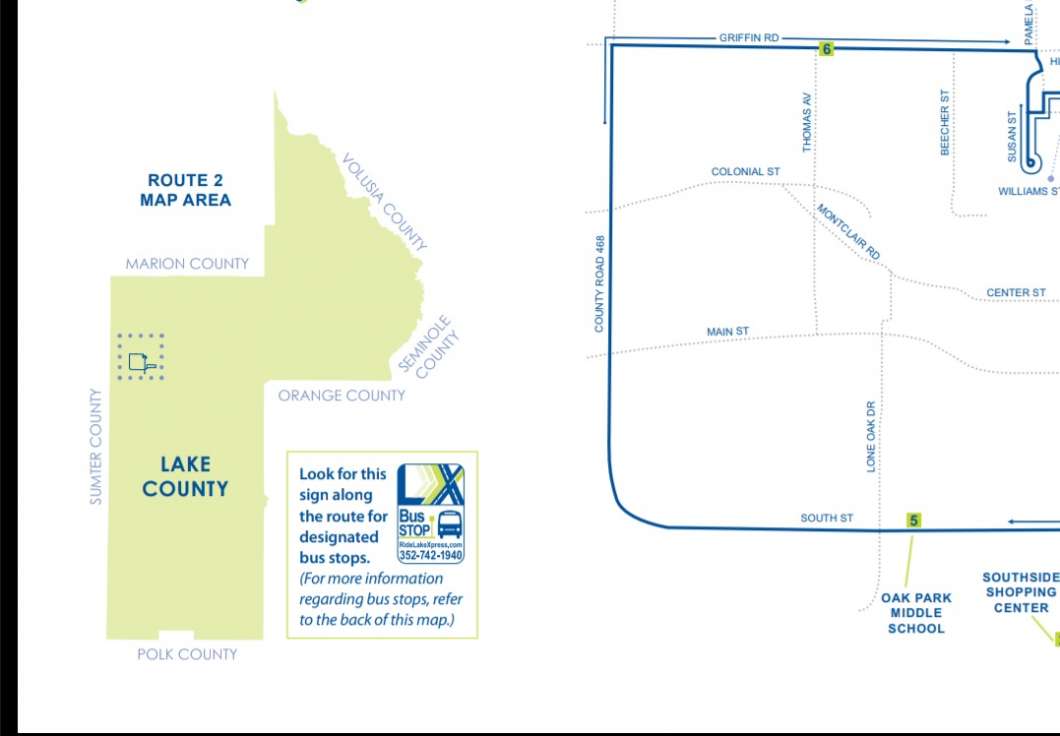 Screenshot from a public map at ridelakexpress.com.

Leaders in Lake County want to rethink public transit. The county is floating the idea of cutting some bus routes and piloting ride-hailing services. No routes are on the chopping block yet. But the commission said some fixed routes have low ridership.

“I do see a lot of empty buses, or nearly empty buses and that costs a lot of money and so I think looking at ride-sharing first and foremost as a possibility, let’s get ourselves into the next generation, possibly smaller vehicles,” said Parks.

He said some bus stops should be cut.

Commissioner Wendy Breeden said she has heard complaints about the transit services for people with special needs.

“The transportation disadvantaged system, either they’re having to wait too long or the buses don’t show up,” said Breeden.

Breeden said she wants to make sure any ride-hailing services used would be able to transport passengers with special needs.

Commissioners are looking at what other counties are doing and seeking ideas for reshaping Lake County’s public transit system.