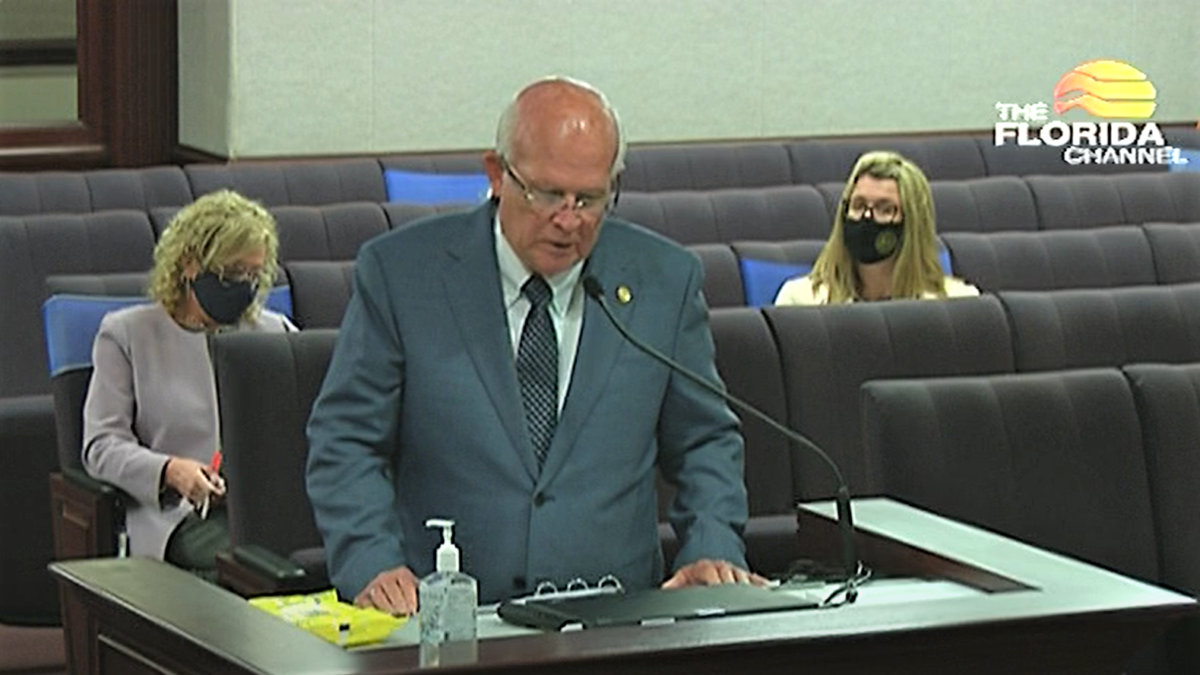 Sen. Dennis Baxley presents a version of his elections bill to the Senate Committee on Government Oversight and Accountability. It passed the committee along party lines. Image: Florida Channel

At a hearing in Tallahassee,Alan Hays echoed the opposition of supervisors throughout Florida.

Baxley’s bill — CS/SB 90 — also tosses out existing ballot requests and requires a new one each election season. It’s not that the Ocala Republican saw fraud with Florida’s drop boxes or mail-in ballots.

“Do we have to wait for a debacle?” he argued. “Why can’t we take something that’s working well and put guardrails on it and keep it safe so it doesn’t have a debacle?”

Critics see a partisan effort to suppress the vote.

For Hays, a former Republican state senator, the bill is simply ill-advised.

“I’m asking each member of the Legislature to seek the opinion and take the advice of the elections professionals of the state of Florida before making significant changes and tinkering with our statutes,” Hays said.

He says it’ll burden supervisors, frustrate one and half million voters who use drop boxes and alienate millions with a ballot request on file.

The committee approved the bill along party lines.