Lake County SO: School deputy’s use of Taser on Eustis High student was appropriate 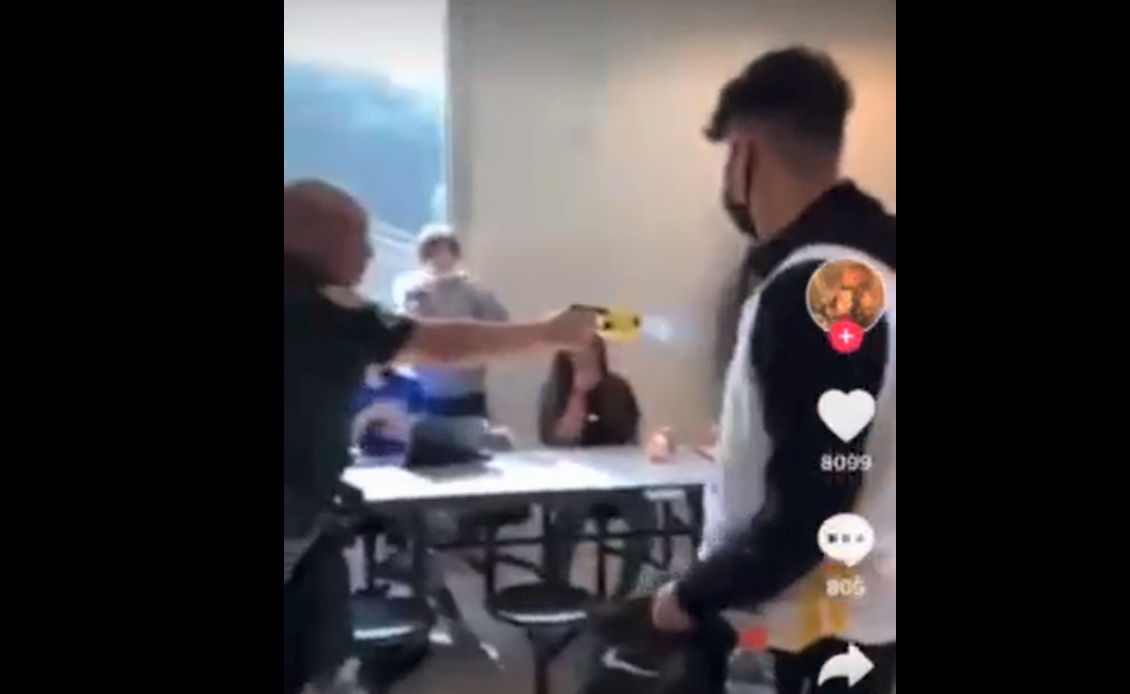 The Lake County Sheriff’s Office says a school resource deputy’s use of a Taser on a combative student at the Eustis High Curtright Campus was appropriate and justified.

A report from the deputy along with cellphone video give an account of what happened late Tuesday morning.

Deputy Billy Brown was called to the cafeteria because a 15-year-old girl was trying to fight with a couple of boys.

In this image from cellphone video a 15-year-old student strikes Deputy Billy Brown in the face as he attempts to restrain her. Image: Video courtesy of LCSO

He got her to the floor but she kept hitting him and kneeing him as he tried to cuff her.

At this point, cellphone video shows them getting up. She walks toward a wall saying, “Do not touch me.”

He pulls his Taser and walks toward the girl, telling her to sit down.

She turns at the wall and walks toward him a little. Brown pushes her away and shoots her with the Taser. She collapses.

The girl was checked out by a paramedic and arrested on charges including battery on an officer.