Lake County letter to DeSantis: Confederate statue has no place in its history museum 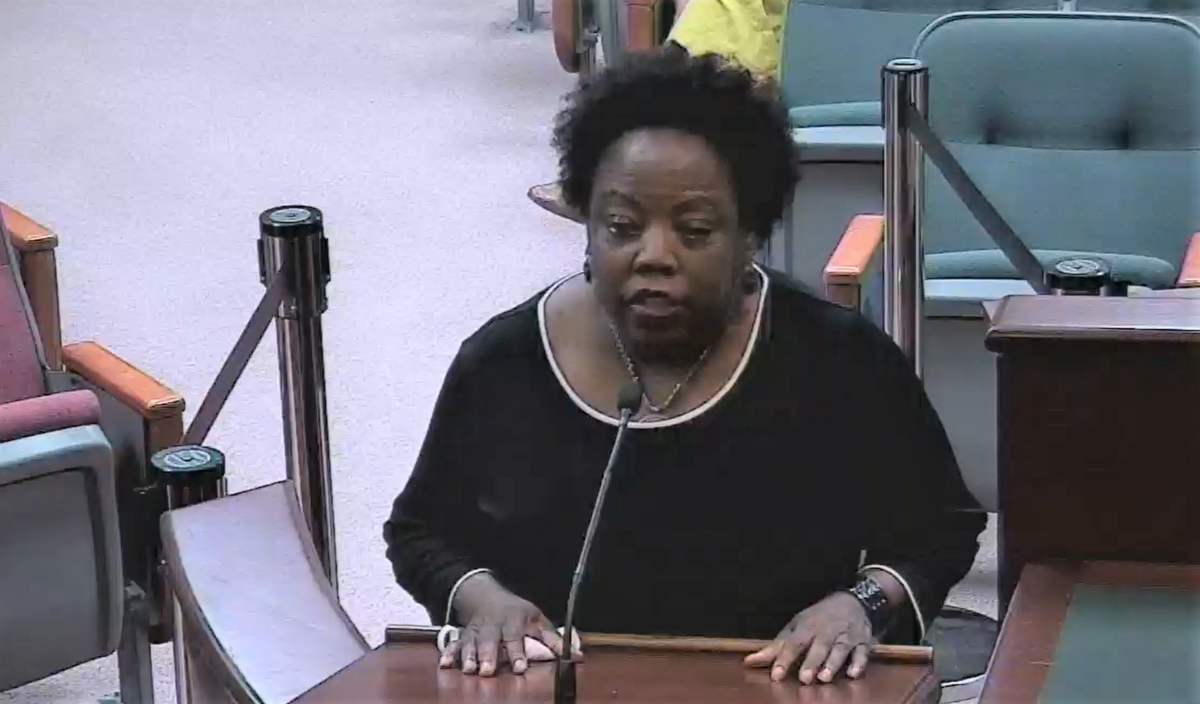 Mae Hazelton thanked Lake County commissioners for rejecting a Confederate statue that was to be placed in the county history museum. Image: Lake County via video

Lake County is officially asking the state to find some other museum for the statue of Confederate General Edmund Kirby Smith when it leaves the U.S. Capitol.

The commission voted last July to welcome the statue despite vocal opposition.

But last month, amid anti-racism protests, the board had a change of heart.

Commissioners voted 4-1 on Tuesday to send a letter to the governor. It cites three reasons why the statue is a bad fit for Lake County: The Confederate general has no connection to the county, the courthouse itself has a history of racial injustice, and the statue has caused division.

Mae Hazelton and other residents thanked them. The decision is like pulling a thread in the fabric of their lives, she says.

Commissioner Sean Parks, who previously voted against the statue, said a lot of work still needs to be done to promote harmony.

“It is a historical day for the county,” he said. “So I will totally agree with those comments. And I will just say what happens next is the big question.”

Commissioner Josh Blake voted against the change. He didn’t say why, but on Facebook his re-election campaign supports statues and President Trump’s defense of them.