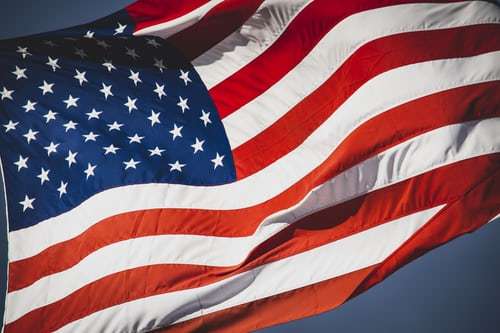 Voting on Election Day was a family affair for some people in Ocala.

Jill Doerr and her daughter Sara had just walked out of the polling place at the First Baptist Church.

They have a longstanding family tradition of going to the polls together. Jill, like her 20-year-old daughter, says she voted for Joe Biden.

“I voted for Donald Trump my first go round,” she said. “But I feel like Donald Trump cannot relate to anything that my family is going through.”

Jeff Dean was there, too, voting for the first time. He says his wife, who likes some of the results of voting for Trump, got him engaged.

“I was never really into the politics,” he said. “But over the last 10 years we’ve been together, I’ve kind of grown into that and really wanted to make my voice count this time around for Donald Trump.”

Marion County broke its previous record for turnout in an election with more than 198,000 votes as of 5 p.m.

More than 600,000 ballots have been cast in Orange County, setting a new record for county turnout. That number includes Election Day ballots as well as ballots from mail-in and early voting.

“We’ll see how high it gets with the voting that still can happen until 7.pm.,” said Orange County Supervisor of Elections Bill Cowles.

Ahead of Tuesday’s in-person voting, 62 percent of registered Orange County voters cast ballots by mail or early voting. Voters can still return mail-in ballots at the supervisor’s office or exchange it for a ballot at their assigned precinct until 7 p.m.

🚨 STILL HAVE YOUR VOTE-BY-MAIL BALLOT? 🚨
Here are your options:
🚗 Drive-thru drop-off across the street from our office (Work Release Center)
🚶 Walk it into our office at 119 W Kaley Street
🗳️ Exchange it for an in-person ballot at your assigned polling place (1/2) pic.twitter.com/euYxoHTQzR

Florida law allows supervisors to count mail-in and early ballots as they come in. Shortly after  polls close, Orange County will release those results. “Early this evening, voters should already see some trends and numbers for these contests,” said Cowles.

With more voters casting ballots before election day, lines have been generally short at precincts. “It’s been a relatively smooth day,” he said. “There’s been the usual things that pop up and we’ve been able to take care of most of it.”

Lee Says Most Votes Already In

As of 1:30 p.m. than 175 thousand people had voted today in Florida so far. Most Floridians have already cast their ballot. Secretary of State Laurel Lee announced the official vote count of statewide early voting today.

“Based on those numbers over 62% of the registered voters in Florida had cast their ballots before polls opened this morning.”

There are still over 1 million mail ballots that haven’t been returned.

Many counties in Central Florida are trying to make it easier for voters to get to the polls by offering free transportation.

Brevard, Marion, and Volusia Counties are offering free bus rides to residents, so they can cast their vote in the 2020 Presidential Election. Lake County is also offering free fixed-route rides today as part of their Mobility Week initiative.

In Orange County, Orlando Mayor Buddy Dyer says you can spin to the polls on an electric scooter.  “Which will help make it easier and cheaper, and a little more fun for residents in the urban core to go to their polling place,” said Dyer.

Residents can use the code ‘Spin to Vote’ to access a $10 ride credit to use a Spin Electric Scooter to get to their voting location.

Uber and Lyft are offering 50% off your ride to a polling location.

More than 9 million ballots have been cast in Florida by mail or at early voting sites, meaning shorter lines Tuesday on Election Day.

Steven Maddow voted Tuesday morning in Orlando’s College Park, where only about 20 people were in line. “I really like to vote on election day, I think to me that’s a really big thing about the election — going out there, getting my voice heard. It’s kind of fun to get out there on the actual election day.”

“When I was younger, my mother used to take me with her to vote. I now have a 4-year-old daughter and today I got to take her with me and show her this is what we do,” said Moore. “This isn’t something we have to do. This is something we get to do.”

Nearly 65 percent of Florida’s registered voters casted ballots early or by mail, according to data published Tuesday morning by the Florida Division of Elections.

Cowles says Florida has a 150 foot no-solicitation area outside polling locations, so that when the voter crosses it they can’t be campaigned to.

“And outside of it that’s where voters or people can campaign to the voters, but even with the early voting we saw that it was pretty respectful there were just a few minor incidences, but basically the community has been very good in that area.”

Polls are open through 7 p.m. today.

Cowles says the driver’s license is the most popular ID to use, but people don’t need one to vote.

That’s 103% of the total from the last presidential election.

They had not been integrated into the database for that location.

Elections officials learned of the problem soon after the precincts opened. On Twitter, they said the problem was “isolated immediately and corrective action was taken.”

Supervisor of Elections Alan Hays said some voters were asked to fill out provisional ballots, but he did not know how many.

It was a simple computer problem, he said, and there was no evidence of tampering.