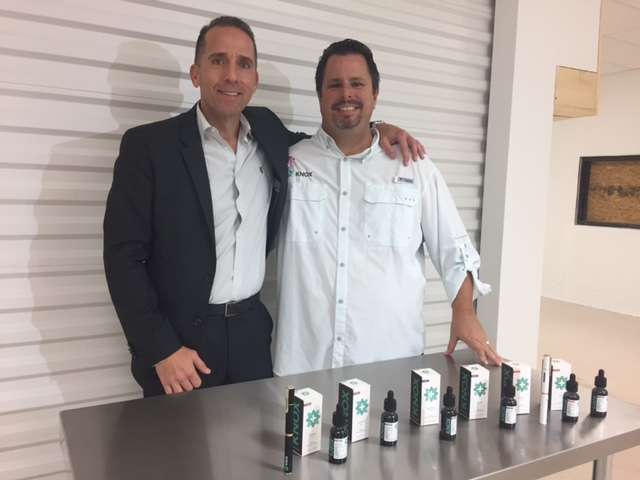 Knox is licensed by the Florida Department of Health to grow, process and distribute medical marijuana in Central Florida’s region. The patient is in Osceola County. CEO Jose Hidalgo said they plan to open dispensaries across Florida.

“We have two dispensaries opening in January, Orlando and Gainesville,” Hidalgo said. “And we have Lake Worth and Jacksonville in February. And late February, early march will be Tallahassee. And we have several others we’re looking at and helping them navigate this new space.”

Knox Nursery in Winter Garden prides itself on getting the highest grade on state applications to grow medical marijuana.  In particular, Knox Nursery’s lab looks like it could be pulled from a hospital or research center.

In addition to equipment to test for more than 200 pesticides, Knox has a mass spectrometer that can analyze a sample down to the atomic level. Alexander Karol, Knox Nursery’s chemical engineer, said they can read the full periodic table, and will be looking for lead, arsenic and mercury.

“Pretty much any other metal you can think of,” Karol said. “We want to ensure that if we’re using a specific soil, that the water source we’re using is free from any cross contaminants.”