King Tides Likely To Cause Coastal Flooding Early This Week 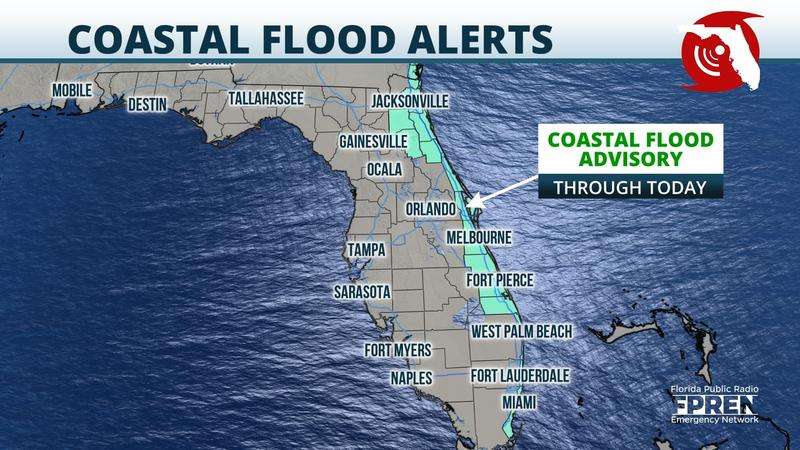 Minor coastal flooding is likely to continue for at least another day or two along the Florida East Coast, primarily caused by a phenomenon known as the “spring tide”.

The spring tide is not named for the season; it refers to a larger than average tidal range where high tide levels are high and low tide levels are low. A particularly high spring tide has become colloquially referred to as a “King Tide”. King Tides occur when the earth, sun, and moon are lined up and in relatively close proximity to one another, especially during the new moon phase, during the fall and early winter months.

Persistent and strong easterly winds as a result of high pressure over New England and the Mid Atlantic states is also pushing water toward the Atlantic coastline. This weather pattern is forecast to continue for a few more days; however, high tide levels should begin to ease as we move farther away from the new moon phase.

Other factors such as water level rises from climate change and increased development near the coast in recent decades are likely contributing to exposure from the flooding, as well.