Killing Reindeer To Stop Anthrax Could Snuff Out A Nomadic Culture 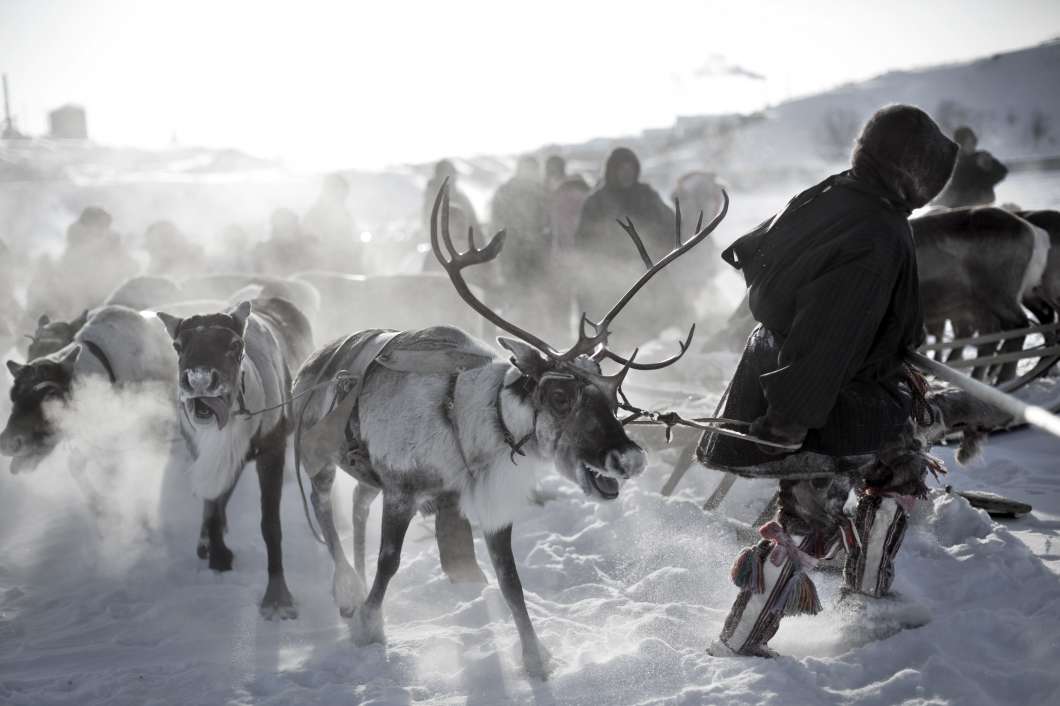 There’s a heated debate in the Arctic Circle. It’s about reindeer. Lots of them.

The announcement comes on the heels of three anthrax outbreaks in western Siberia this summer, caused by “zombie” bacteria brought back to life from thawing tundra.

A heat wave struck the region. The record-breaking temperatures melted deep layers of permafrost. And reindeer carcasses — infected with the deadly bacteria — rose to the surface of the thawing mud. It spread across the tundra via contact with people, animals and wind.

About 100 people were infected. One boy died. And officials euthanized more than 2,300 reindeer.

Now officials say they need to kill hundreds of thousands of animals to keep the reindeer from amplifying future anthrax outbreaks.

“The more dense the animal population is, the worse the disease transfer medium [and] the more often animals get sick,” Nikolai Vlasov, deputy head of Russia’s Federal Veterinary and Phytosanitary Surveillance Service told The Siberian Times.

But when you dig just beneath the surface of these official statements and headlines, you’ll find there’s something else at stake: “One of the most vibrant cultures in the world,” says Florian Stammler, an anthropologist at the University of Lapland.

The Nenets may be the last group of people on Earth who herd and raise reindeer in the ancient nomadic way, says Stammler.

“The entire household is nomadic,” he says. Mom, dad, babies — even dogs — all live in handmade tents and move their households hundreds of miles across the tundra each year so their reindeer can graze. The families live off reindeer meat and hides, but they also use the animals to haul their households to new grazing locations.

“The Nenets have preserved all their beautiful traditions,” Stammler says. “They sew their own clothes, tents and build their own sledges.”

At the same time, they are very modern. “They have GPSs, the best bobsleds in the world and iPhones,” he says. “But they’ve made a conscious decision to not give up their nomadic lifestyle.”

Now, Stammler says, if the Russian government does indeed kill 250,000 reindeer, some families will be left with too few animals to haul their household across the tundra.

“When you deprive these people of their means of movement, they have to settle and find another way to make living,” he says.

On the surface, it looks a bit like the Russians may be trying to get the Nenets to settle down.

One of the government policies under consideration calls for giving herders “affordable mortgages” on apartments in exchange for handing over their reindeer for culling, The Siberian Times reports.

“It’s a logical plan,” Stammler says. “but it induces people to get rid of their reindeer so they can’t move anymore.”

There’s no question the reindeer population is larger than it’s ever been in the Yamelo-Nenets region — where the Nenets live.

“Herds have swelled since the 1920s until now,” says Bruce Forbes, an ecologist at the University of Lapland. “There’s been only one dip in the population. That was during World War II when the animals were used as food.”

Today there are more than 700,000 animals grazing in the Yamelo-Nenets. Russian officials say the area should have about half as many animals. They say large herds are damaging the ecosystem. They’re overgrazing and leaving the land vulnerable to erosion. They’re also trampling on — and killing — lichen that grow across rocks at higher elevations.

But Forbes says all these ideas are speculation at this point. “When we actually look at aerial photos of the area, the data show that parts of the Yamal Peninsula aren’t being grazed enough,” he says.

Some areas have tall shrubbery that are getting taller and taller, faster and faster, he says. “Reindeer have grazed on the shrubs but not enough to keep them close to the ground.” And the total area of sandy, overgrazed areas hasn’t expanded since the 1960s, Forbes says.

So before we draw conclusions about the reindeer’s effects on the land, Forbes says, scientists need to figure out really what’s going on ecologically — and whether a massive culling will indeed help curb future anthrax outbreaks.

“Let’s avoid short-term decisions based on questionable data that will affect tundra nomads for decades to come, perhaps permanently,” Forbes wrote in a comment on The Siberian Times website.