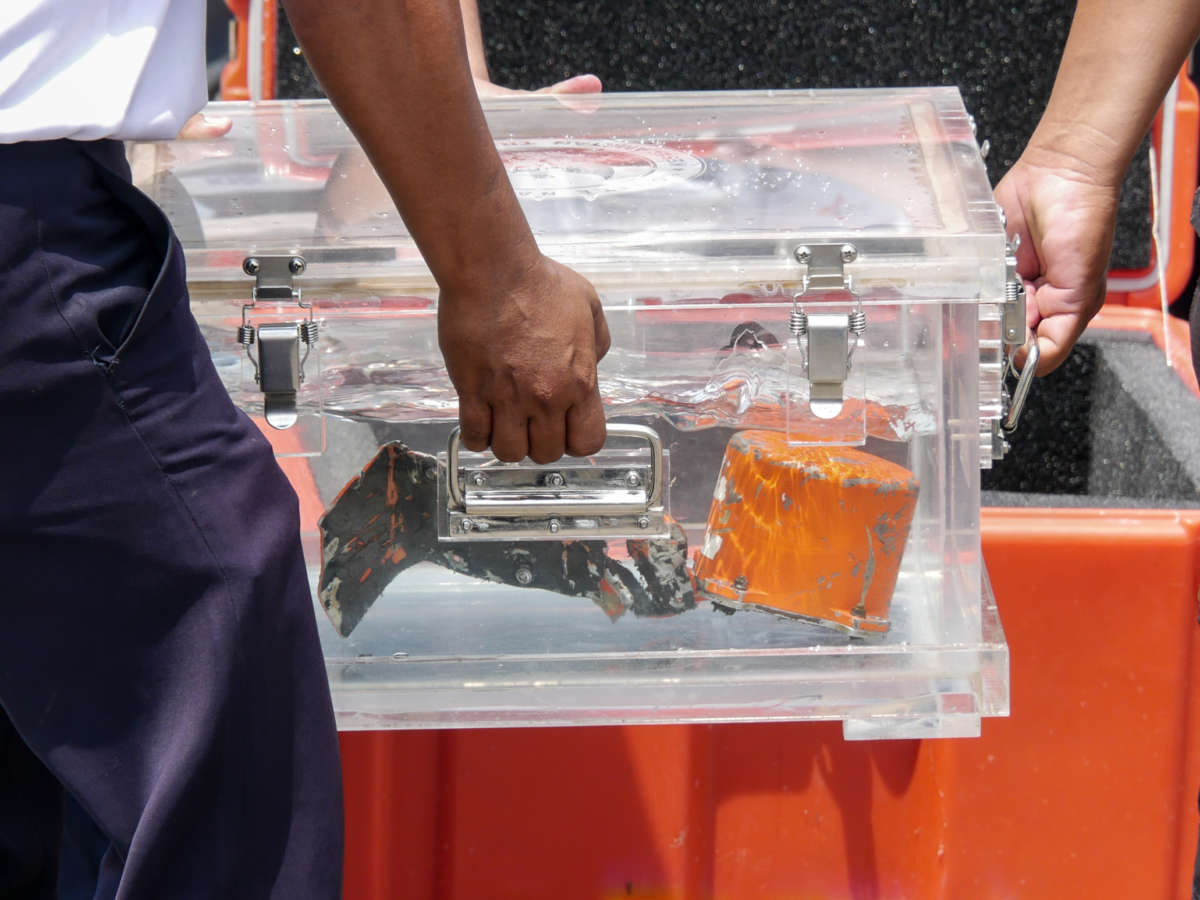 After weeks of scouring the Java Sea, investigators have found a crucial piece of the cockpit voice recorder belonging to an Indonesian jetliner that crashed in January, killing all 62 people aboard.

The cockpit voice recorder, or CVR, from the Boeing 737-500 could shed light on actions taken by the plane’s pilots in the minutes between take off from Jakarta and the plane’s fateful plunge into the sea on Jan. 9.

Within days of the crash, divers had located the casing and beacon from the Sriwijaya Air Flight SJ 182’s “black boxes” – both the cockpit data recorder and the CVR. However, they were unable to find a memory unit that apparently broke away from the rest of the unit at the time of the crash.

“It was like trying to find a needle in a haystack,” he said as the recorder was displayed during a news conference on Wednesday at Jakarta’s main Tanjung Priok port.

The Borneo-bound airliner nosed into the Java Sea minutes after takeoff from Jakarta. The last time the plane made contact with the tower was about four minutes after takeoff, when pilots acknowledged instructions to climb to 13,000 feet. The recovered flight data recorder, or FDR, showed that the plane only reached 10,900 feet before it began losing altitude.

Both the plane’s captain and the first officer were experienced pilots.

Although a cause for the crash has yet to be determined, in February, investigators issued a preliminary report relying only on what could be gleaned from the FDR. They said an imbalance in engine thrust led the plane to experience a sharp roll and then a dive into the sea. Investigators pointed to a faulty throttle as a possible contributing factor.

“But without the CVR, it would be very difficult to find the cause of the Sriwijaya Air accident,” Tjahjono said at Tuesday’s news conference, according to Reuters.

KNKT investigator Nurcahyo Utomo said that the memory unit from the CVR had not been damaged in the plane’s impact. He said it was being cleaned of mud and salt that accumulated during its weeks at the bottom of the sea.

Tjahjono said it would take “about three days to one week” to read the data off the CVR.

“After that we’ll transcribe and match it to FDR,” he said.