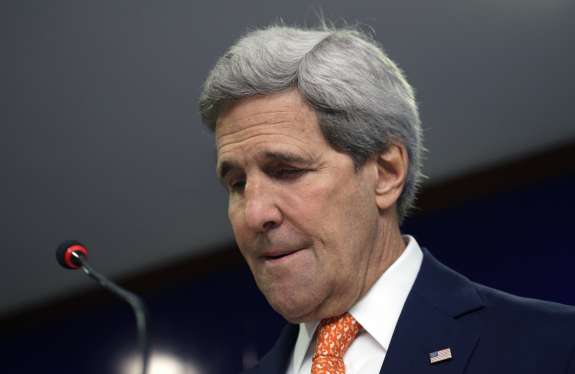 Secretary of State John Kerry said he would be in Paris on Thursday to show solidarity with the people of France, after the worst terrorist attack in more than a generation.

Kerry made the announcement after the Obama administration was criticized for not sending a high-ranking official to a unity rally in Paris on Sunday.

CNN reports that Kerry defended that decision, saying the criticism amounted to “quibbling.”

“‘The U.S. has been deeply engaged with the people of France since this incident occurred,’ Kerry told reporters, adding that the United States has offered intelligence and law enforcement help.

The AP reports that Kerry said he was going to France on Thursday, to reaffirm U.S. solidarity with its oldest ally.

“He said as soon as he heard about the march, he asked his team what the earliest time was that he could go.

“‘That is why I am going there on the way home and to make it crystal clear how passionately we feel about the events that have taken place there,’ he said. ‘I don’t think he people of France have any doubt about America’s understanding about what happened, about our personal sense of loss and our deep commitment to the people of France in this moment of trial.'”