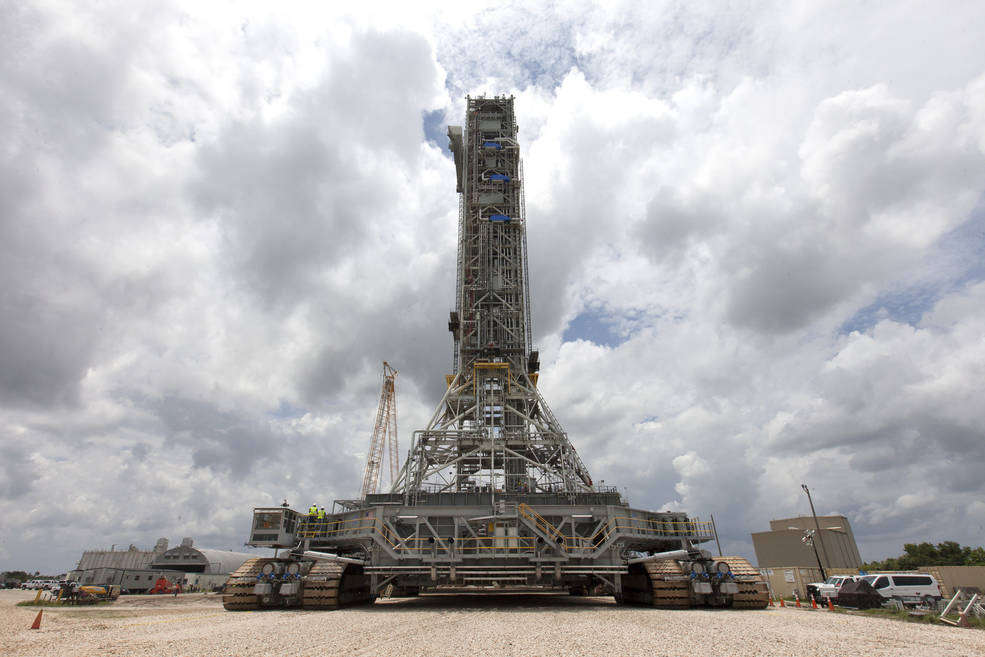 The crawler-transporter 2 moves the mobile launcher at Kennedy Space Center May 31, 2018. Photo: NASA

Kennedy Space Center is prepping for a possible impact from Hurricane Dorian. That includes moving a 400-foot-tall launchpad inside for safekeeping.

The mobile launcher was out at Launch Complex 39-B for tests ahead of the first launch of NASA’s SLS rocket. Hurricane winds could damage the structure, so engineers are moving it to the Vehicle Assembly Building.

“It has a lot of value to us. We don’t want to see it take heavy winds,” said NASA public affairs officer Derrol Nail. “Engineers have told us to not allow it to sustain winds over 100 miles per hour, so we’re going to bring it in.”

NASA’s Crawler-Transporter 2, which moved shuttles to the launch pad, will begin the move Friday morning. It will take about 8 hours to move the pad inside the Vehicle Assembly Building.

Other preparations at KSC, like readying shutters, gassing up government vehicles, and notifying employees, is underway and on-schedule.

A team of about 100-120 KSC staffers will ride out the storm from the center’s emergency operations center in the LCC building. It’s designed to withstand a Category 5 storm.

The Center will close for other employees Saturday at 6 p.m. The Kennedy Space Center Visitor Complex will also close starting on Sunday.