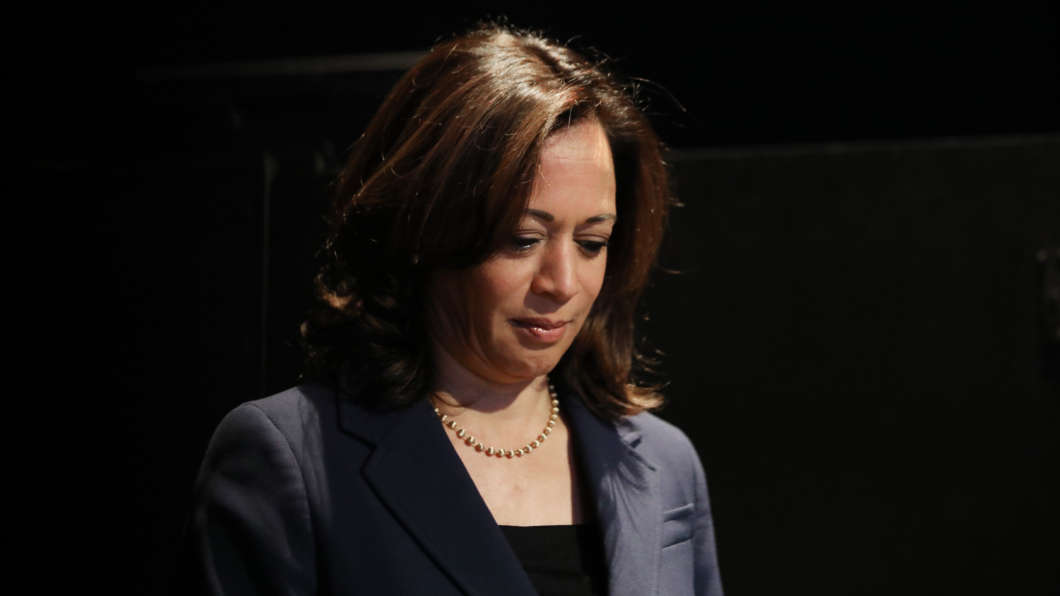 Sen. Kamala Harris, pictured at a Democratic presidential forum in Los Angeles in November, is dropping out of the 2020 presidential race.
Image credit: Mario Tama

California Sen. Kamala Harris is dropping out of the presidential race, citing a lack of funds. She informed staff of her decision on a conference call and later sent an email to supporters, in which she wrote “my campaign for president simply doesn’t have the financial resources we need to continue.”

“I’m not a billionaire,” she added. “I can’t fund my own campaign. And as the campaign has gone on, it’s become harder and harder to raise the money we need to compete.”

Harris’s campaign has struggled to bring in the kind of blockbuster money some other candidates have raised, and, in recent weeks, she had to lay off staff and shut campaign offices.

Harris had entered the Democratic presidential primary with high expectations. She now drops out, exactly two months before the Iowa caucuses.

Harris’ rise and fall was particularly dramatic in a crowded field where many candidates have struggled to break out. She raked in a number of endorsements and more than 20,000 people attended her kickoff speech in Oakland, Calif.

Over the summer, Harris made headlines and entered the top tier after taking on former Vice President Joe Biden in a debate, criticizing him for his opposition to mandated school busing in the 1970s.

But Harris, who tried to stake out a middle ground on “Medicare for All,” struggled to find support in a polarized primary electorate.

The most recent national polling average indicated her support was hovering around 3%.

Still, Harris was one of only seven candidates to qualify for the December debate. At the moment, no other non-white candidate has qualified for the debate stage, meaning that after a historically diverse field of candidates entered the Democratic primary race, the next debate may likely consist of all white candidates.