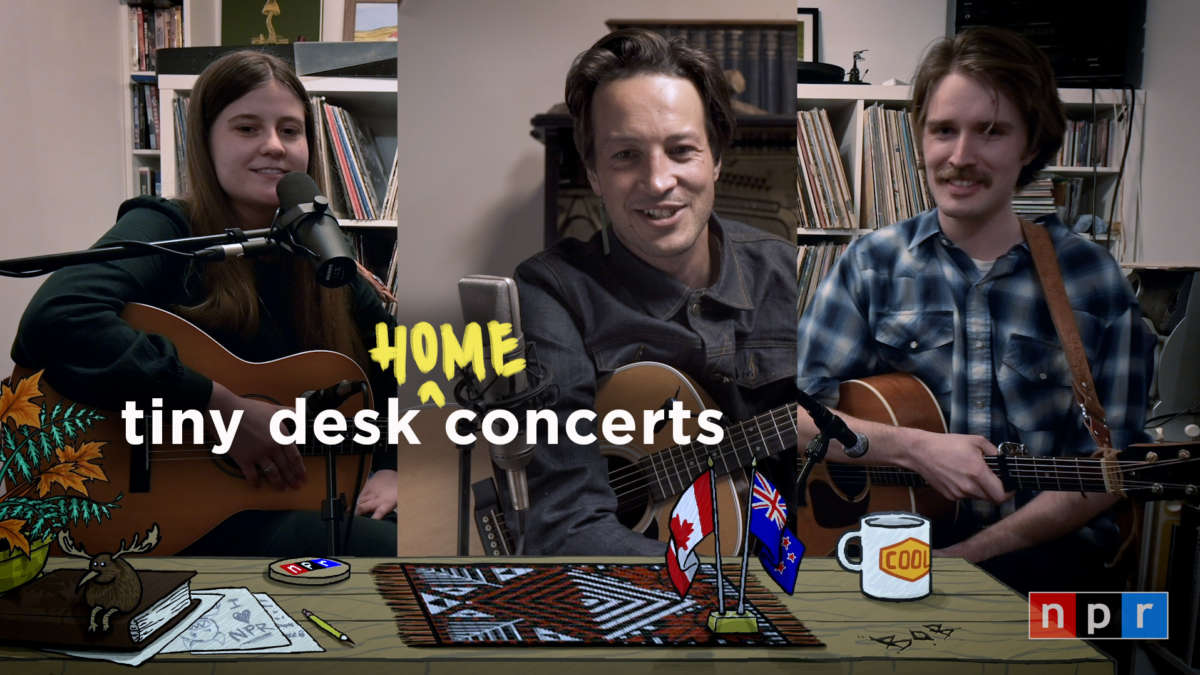 Across hemispheres, despite a nearly 8,000-mile separation, the Saskatoon, Canada duo of cousins Kacy & Clayton and New Zealand’s Marlon Williams manage to create harmony and intimacy. The Tiny Desk (home) concert, on the surface, is joyful and playful with animated illustrations by Daniel Syrnick. But a careful listen to “Plastic Bouquet,” the title track to the 2020 collaboration between Kacy Lee Anderson, Clayton Linthicum, and Marlon Williams, reveals a depth of storytelling more familiar in murder ballads than the trio’s upbeat Americana sound.

When a small four-door car was severed in two

Three girls were killed by a boy they all knew

Out for a party, they’d never attend

Pockets with money they never would spend

The devastatingly sad tale is met with smiles across hemispheres while an animated teacup pops on screen for Kacy to sip. Clayton’s guitar twangs and Marlon’s Roy Orbison-like voice conjure a 1950s rock and roll sound that’s a surprisingly perfect match for Kacy’s serene voice. It’s a magic collaboration of the very far north meeting the very deep south. The wizardry of technology reminds me of the wondrous world we often share these days, from a distance.