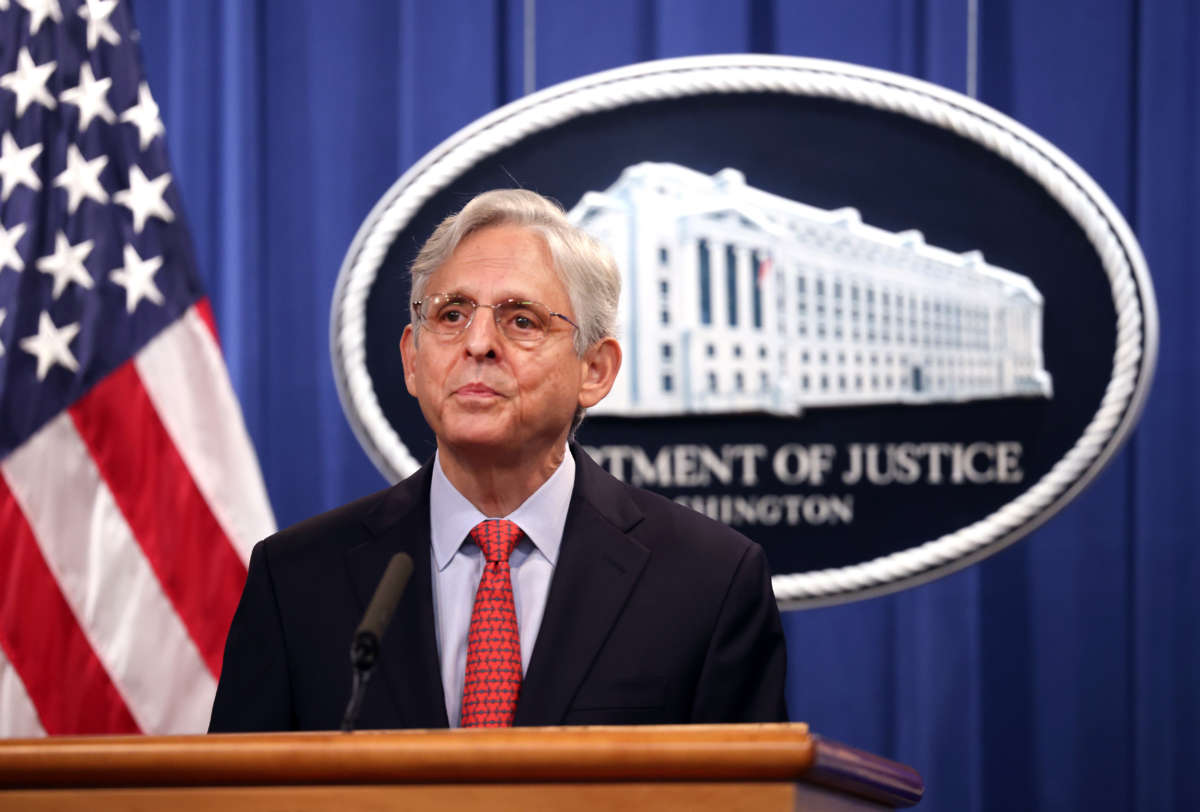 The Department of Justice has sued the state of Texas over a new state law that bans abortions after about six weeks, before most people realize they are pregnant, all but halting the procedure in the country’s second largest state.

The lawsuit says the state enacted the law “in open defiance of the Constitution.”

“The act is clearly unconstitutional under longstanding Supreme Court precedent,” said Attorney General Merrick Garland during a press conference Thursday afternoon. “Those precedents hold, in the words of Planned Parenthood v. Casey that ‘regardless of whether exceptions are made for particular circumstances, a state may not prohibit any woman from making the ultimate decision to terminate her pregnancy before viability.'”

The Justice Department is seeking a permanent injunction against the law.

Garland noted the law deputizes private citizens “to serve as bounty hunters authorized to recover at least $10,000 per claim from individuals who facilitate a woman’s exercise of her constitutional rights.”

He called the law a “statutory scheme” and said it has thus far had its intended effect.

“Because this statute makes it too risky for an abortion clinic to stay open, abortion providers have ceased providing services,” he said. “This leaves women in Texas unable to exercise their constitutional rights and unable to obtain judicial review at the very moment they need it.”

Experts said the Texas law is among the most strict in the nation, in part because it allows private citizens to sue anyone perceived to be helping patients obtain abortions and doesn’t make exceptions for cases involving rape or incest. Several other GOP-led states have announced they are considering adopting similar measures.

“We urge you to take legal action up to and including the criminal prosecution of would-be vigilantes attempting to use the private right of action established by that blatantly unconstitutional law,” wrote House Judiciary Chairman Jerrold Nadler, D-New York, and 22 other Democrats.

Last week, the U.S. Supreme Court allowed the Texas law to go into effect, over dissent from Chief Justice John Roberts, and Justices Stephen Breyer, Elena Kagan and Sonia Sotomayor. President Biden called the court’s majority opinion “an unprecedented assault on a woman’s constitutional rights under Roe v. Wade, which has been the law of the land for almost fifty years.”

Read the full lawsuit below.