Juneteenth Isn’t Just a Day, But the Continuation of a Movement in Ocoee 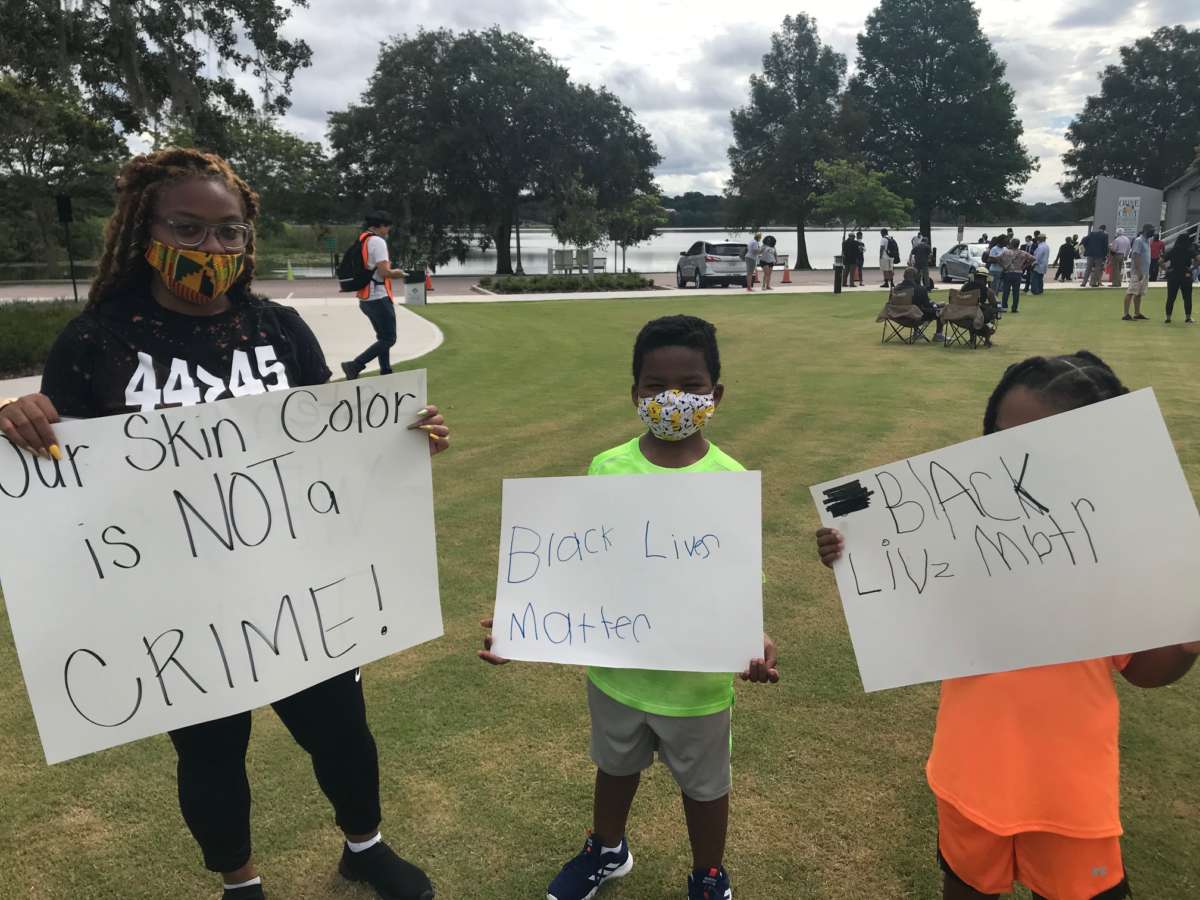 Central Florida leaders and residents commemorated the 155th anniversary of Juneteenth today with a rally in the city of Ocoee.

Leesburg Elementary School teacher Angeleigh James-Norwood wore a “44 > 45″ shirt and held a “Our skin color is not a crime” sign at the “Juneteenth Rally for Justice.”

James-Norwood brought her two sons, who made their own Black Lives Matter signs, to share what she called a historic moment with them.

“They have to be aware of what’s going on. They could easily be a George Floyd, a Rayshard Brooks, a Tamir Rice. So I just want them aware that everything isn’t what it always appears to be. There are people who won’t like them just because of who they are.”

James-Norwood said she’s an advocate for an anti-racism curriculum at her school.

Sandria Foster who is on the city’s Human Development Relationship Board and a nurse practitioner says there needs to be more diversity in local government to bring about change.

Foster said electing two Black residents to the city commission is a good start, but it’s only that. A start.

“Even though currently they’re doing their best. If you’re not walking in that person’s shoes it’s hard for you to make strategic decisions that will improve their lives.”

And she says some of those decisions are life and death during a coronavirus pandemic that’s already killed more than 3,000 people in Florida.

That’s why Representative Geraldine Thompson who led the event encouraged people to get politically active and vote.

She said it was also important to have conversations with law enforcement in order for long-standing criminal justice reform to happen.

“Freedom is not a destination. It’s a journey. And so we’ve been on a journey moving toward freedom. From 1865 to the Civil Rights movement.”

This year Juneteenth which marks the end of slavery in the United States coincides with statewide protests after the death of George Floyd.

Juneteenth: Its History and Significance Today