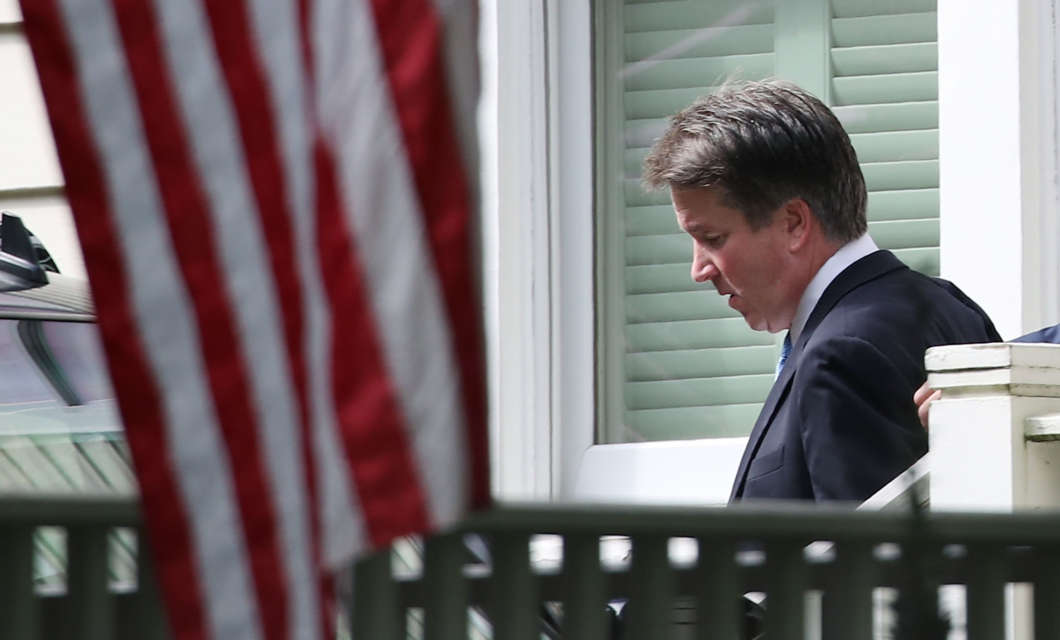 The Senate Judiciary Committee is reviewing a statement from a third woman who has come forward with sexual misconduct allegations against Supreme Court nominee Judge Brett Kavanaugh.

The allegations, from a woman identified as Julie Swetnick were made public by attorney Michael Avenatti on Wednesday morning.

NPR is not reporting some of the details involved in the allegations; attempts to contact Swetnick had not succeeded on Wednesday morning.

Kavanaugh has denied all accusations of sexual misconduct.

“This is ridiculous and from the Twilight Zone,” he said in a statement released by the White House. “I don’t know who this is and this never happened.”

Kavanaugh’s nomination to the Supreme Court once appeared to be a sure thing. Those prospects now are left uncertain.

In the sworn declaration posted on Twitter, Swetnick alleges that during the years 1981-1983 she was at several parties that Kavanaugh also attended.

Judiciary Committee spokesman Taylor Foy said in a statement that the panel has received Swetnick’s statement and is looking into the allegations.

“This morning Michael Avenatti provided a declaration to the Judiciary committee,” Foy said. “Committee lawyers are in the process of reviewing it now.”

Kavanaugh has been asked before about the culture of partying and drinking from his high school days.

Separately, the Judiciary Committee posted a statement from Kavanaugh on Wednesday morning in which he acknowledged partying but no sexual impropriety.

“I drank beer with my friends, usually on weekends,” he wrote. “Sometimes I had too many. In retrospect, I said and did things in high school that make me cringe now. But that’s not why we are here today. What I’ve been accused of is far more serious than juvenile misbehavior.”

Some of Kavanaugh’s classmates have told other news organizations they recall a different person from the early and mid 1980s in high school and college.

Swetnick’s allegations follow those of two other women who have said they were victims of sexual misconduct involving Kavanaugh decades ago, when they and he were in high school or college.

The charges have disrupted what appeared to be a sure confirmation for Kavanaugh to the Supreme Court following his hearings before the Judiciary Committee, which took place before the sexual misconduct allegations became public.

The allegations that appeared on Wednesday further complicate a much-anticipated hearing scheduled for Thursday with Kavanaugh and another of his accusers, Christine Blasey Ford.

Opponents of Kavanaugh have called for the Judiciary Committee to hear testimony from other accusers beyond Ford; Chairman Chuck Grassley, R-Iowa has so far not agreed. One question raised by Swetnick’s charges on Wednesday was whether she might appear too or whether Grassley might delay the hearing scheduled for Thursday.

“I strongly believe Judge Kavanaugh should withdraw from consideration,” he said. “If he will not, at the very least, the hearing and vote should be postponed while the FBI investigates all of these allegations. If our Republican colleagues proceed without an investigation, it would be a travesty for the honor of the Supreme Court and our country.”