Judge Will Decide Whether DeBary’s Ex-Mayor Returns To Office 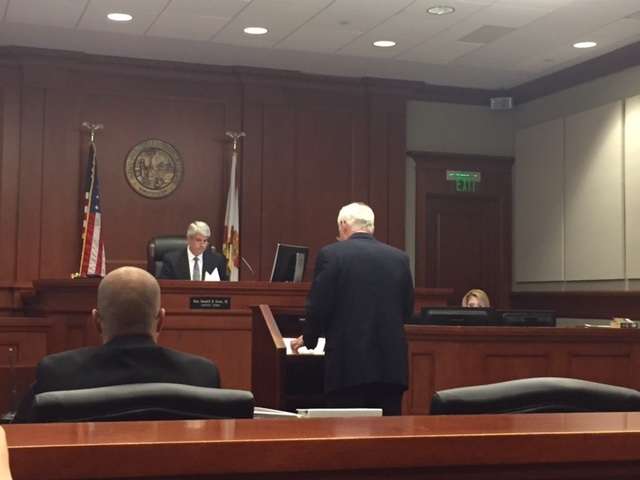 A judge will now decide whether former DeBary Mayor Clint Johnson will get his job back. Johnson sued the city after he was removed from office back in August.

The city council based the ouster on tweets, texts and emails sent by Johnson that they said were orders to staff and a violation of the city’s charter. But Johnson’s attorney called them rants protected by the First Amendment.

Now Johnson wants the judge to quash the city council’s order to remove him from office and send him back to city hall.

“I want to fulfill my four-year commitment to the voters.  And I’ve wanted to do that since day one,” said Johnson. “And I want to do that to the last day of my commitment until a new mayor is legally elected to that position.”

The city’s attorney said the case was about protecting the relationship between the city council and city manager.

The judge said he wasn’t going to re-weigh the evidence that lead to Johnson’s ouster, instead he will decide whether the evidence is substantial enough to warrant his removal.

There’s no word on how long a ruling will take.