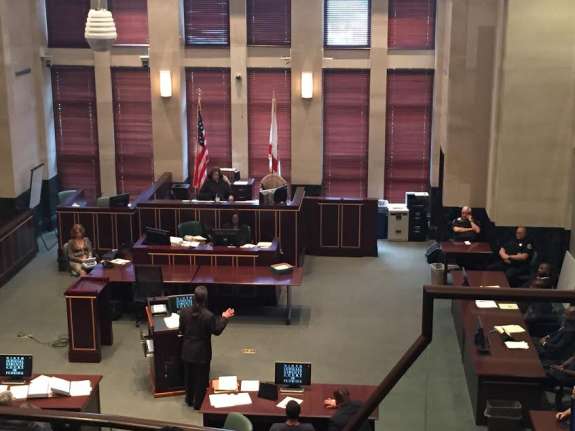 Aaron Golson, Benjamin McNamee, and Darryl Cearnel each faced up to 20 years in prison for manslaughter and felony hazing in the death of 26–year-old band mate Robert Champion.

However, the judge ordered the defendants to serve ten years of supervised probation, saying Champion was a willing participant in Florida A&M band’s tradition of hazing.

Orange- Osceola State attorney Jeff Ashton had asked that the defendants be sentenced to the legal minimum—nine years; Champion’s parents had hoped they would have to serve time in prison.

“Peer pressure didn’t kill my son. They killed my son. Not one person killed him. All of them,” Pam Champion said before taking the stand.

“Hazing happens as a result of adults turning a blind eye. The only people on trial were those kids. And that was a shame,” he said.

Neither Ashton nor Champion’s parents had comments after the sentencing.