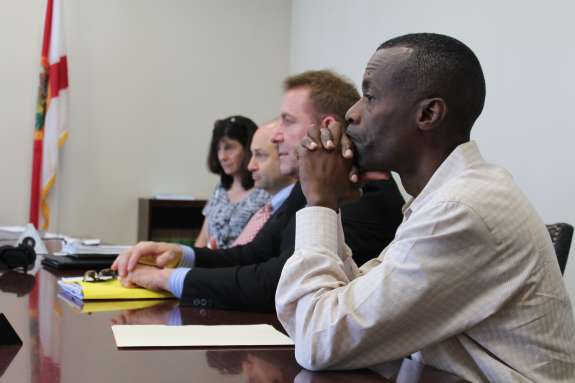 A judge has cleared the way for a lawsuit accusing Eatonville mayor Anthony Grant of voter fraud. Circuit judge Donald Myers denied a motion this afternoon from Grant’s attorney and the Orange County Canvassing Board to dismiss the suit.

Nicholas Shannin, attorney for the Orange County Canvassing Board, said, “We were hoping to get a quicker ruling where the judge would just acknowledge, ‘It’s not you.’ He’s doing it the right way. One step at a time.”

“The evidence shows and will show—there’s no question in my mind—that he committed. He’s done it before and he’s not going to get away with it this time,” Stuart commented.

Mayor Anthony Grant and the Orange County Canvassing Board will renew their motions to dismiss the case at the next hearing, which could take place as early as next week.