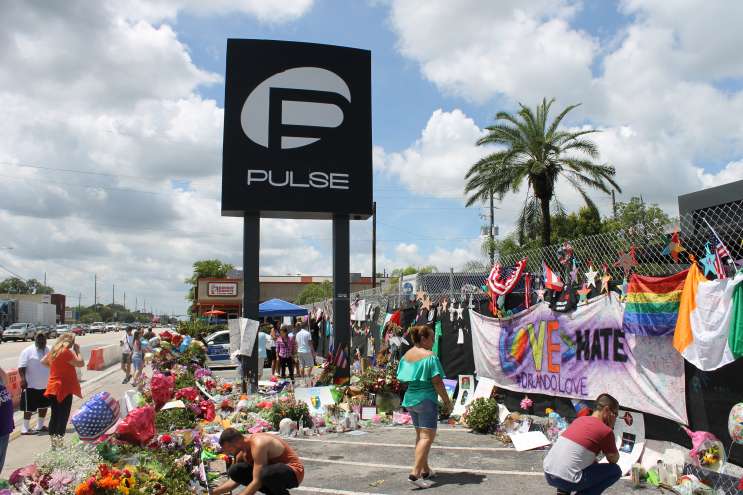 SAN FRANCISCO (AP) — The Latest on the widow of the Orlando nightclub shooter seeking release from jail (all times local):

A federal judge in California has declined to release the widow of the Florida nightclub shooter from jail while she awaits trial on charges of aiding her husband’s terror activities.

Instead, the judge ordered a mental health evaluation of 31-year-old Noor Salman and said he would consider Salman’s request for release after the evaluation is complete.

Salman has pleaded not guilty to supporting her husband Omar Mateen in the June 12 attack then lying to investigators about it.

Authorities say her husband killed 49 people and injured 53 others at the Pulse nightclub in Orlando. Police fatally shot him during the attack.

Prosecutors say the widow of the man who committed a deadly attack on a Florida nightclub accompanied him on scouting trips to the venue and knew about his plan.

Federal prosecutors in California for the first time Wednesday divulged details of the charges against 31-year-old Noor Salman.

Prosecutors say she saw her husband Omar Mateen leave their Fort Pierce, Florida, home with a gun and backpack full of ammunition on the night of the attack.

Salman was arrested last month in suburban San Francisco and charged with helping Mateen plan the June 12 attack on the Pulse nightclub in Orlando that killed 49 people and wounded 53 others.

Salman’s attorneys maintain she was a battered spouse who knew nothing of Mateen’s plans. They’re urging a judge to release her from jail pending trial.

Lawyers for the widow of the man who carried out a deadly attack at a Florida nightclub are urging a judge to release her from jail pending trial on charges she supported her husband’s terroristic plans.

Noor Salman’s attorney on Wednesday will argue in an Oakland federal court that the widow is not a threat to public safety or at risk of fleeing. Family members have pledged their homes as collateral.

Salman was arrested last month at her mother’s home near San Francisco. She is charged with helping her husband plan his attack of the Pulse nightclub, where he killed 49 people and wounded 53 others.

Attorney Haitham Amin said prosecutors have yet to turn over much of the evidence they have collected to make their case.
Copyright 2017 The Associated Press. All rights reserved. This material may not be published, broadcast, rewritten or redistributed.