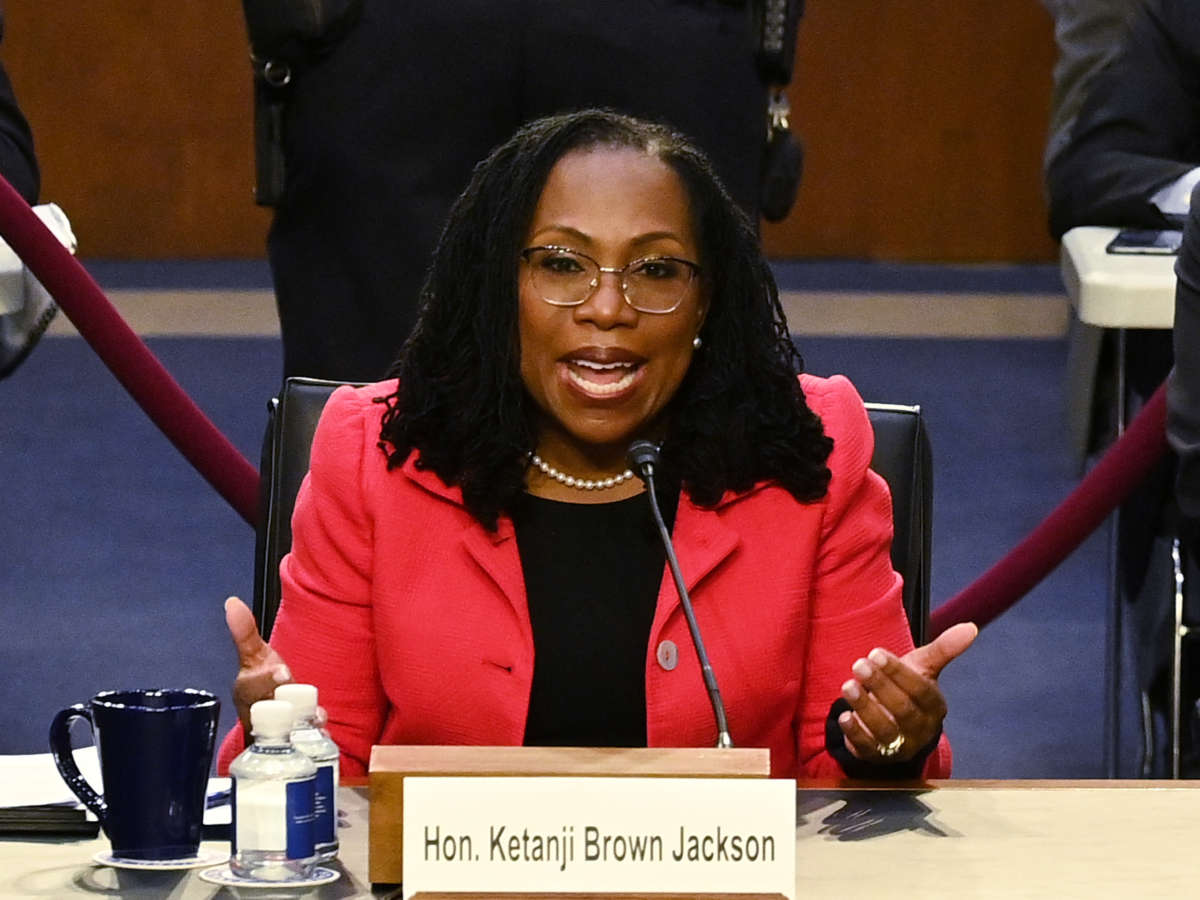 The nature of Tuesday’s hearing was vastly different than what Jackson faced on Monday, when 22 senators gave their opening statements before she introduced herself to the committee.

Here are some highlights from Tuesday’s hearing:

Sen. Josh Hawley distorted Jackson’s sentencing record in cases related to child pornography, painting her as sympathetic to offenders. His line of questioning tied into conspiracy theories that have been debunked by experts. The White House called his rhetoric a “embarrassing QAnon-signaling smear.” Jackson pushed back at his claims, noting that judges have to determine how to sentence defendants consistent with the requirements that Congress has set forward. “Sentencing is a discretionary act of a judge, but it’s not a numbers game,” she said.

Prompted by Sen. Cory Booker, Jackson spoke of the role of her family, offering a reprieve from some of the more testy exchanges between senators. Jackson credited her grandparents as the “hardest working people I’ve ever known” and said she thinks of them in this historic moment. She also reflected on the tough balancing act of motherhood and career, saying “It’s a lot of early mornings and late nights and what that means is there will be hearings during your daughter’s recitals. There’ll be emergencies on birthdays that you have to handle.”

Jackson answered a question on Republicans’ minds about whether the nine-member high court should be expanded as liberal groups have called for. Jackson said her stance on court expansion matches that of Amy Coney Barrett, a nominee of former President Trump. “In my view, judges should not be speaking to political issues and certainly not a nominee for a position on the Supreme Court,” Jackson said.

Sen. Ted Cruz attempted to link Jackson with critical race theory, despite her repeated statements that the academic approach (used predominantly in law schools) “doesn’t come up in my work as a judge.” Cruz alleged Georgetown Day School, where Jackson serves on the board of trustees, is “overflowing” with the theory and brought children’s books as props. Jackson told the Texas Republican that the board doesn’t control curricula.

Jackson defended herself against claims she is soft on sentencing child pornography defendants. She said she takes these crimes extremely seriously as a judge and as a mother and called on Congress to change laws on sex abuse materials to stay current in the digital era. Republican Sens. Josh Hawley and Ted Cruz, among others, have painted Jackson as a judge who metes out lenient sentences for those convicted of possessing and distributing child pornography. “Congress tells judges what we’re supposed to do when we sentence and what I’d say is that Congress has to determine how it wishes for judges to handle these cases,” Jackson said.

Overall, Jackson is following the playbook of past nominees in being circumspect in her statements about her judicial philosophy. If the name of the game is getting confirmed, transparency is not a nominee’s friend. And the nature of the partisan state of affairs means that the senators asking questions aren’t always focused on the nominee either. Senators on both sides of the aisle used part of their questioning time to bemoan the role of “dark money” in the nominating process.