Judge in Lake County clears the Groveland Four, restores ‘the innocence afforded them by the law’ 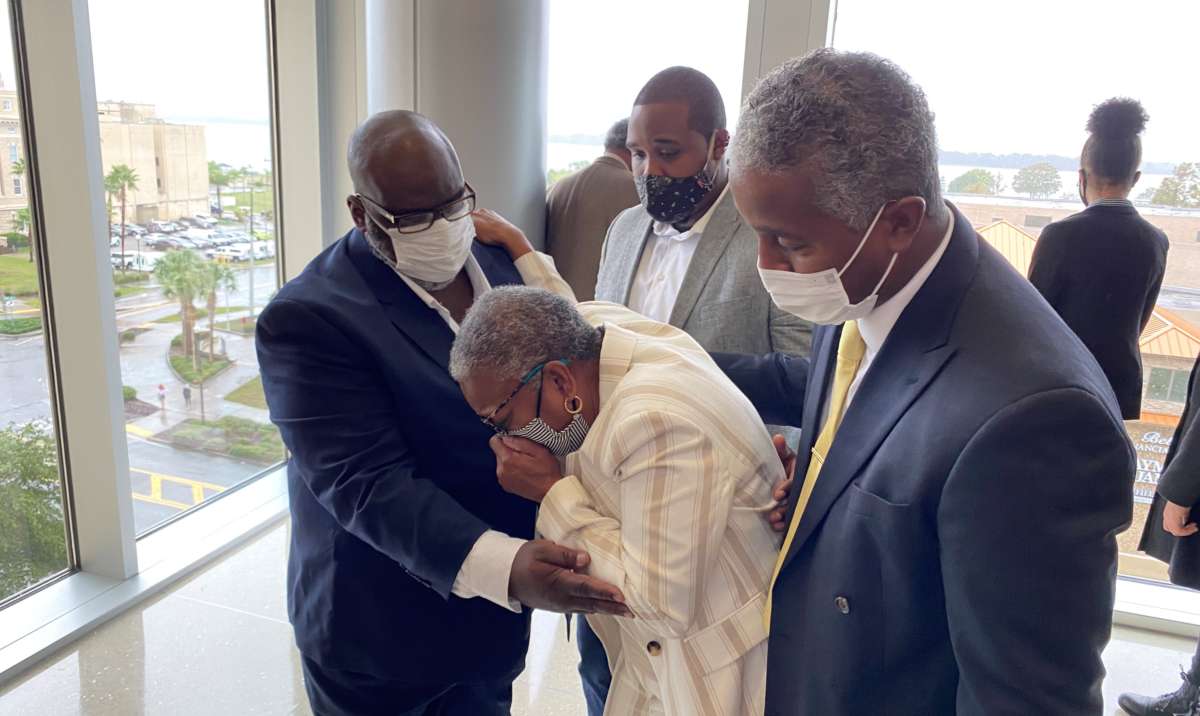 Carol Greenlee is comforted by Dr. Keith Crawley after a judge cleared the name of her father, Charles Greenlee, and three other Black men wrongly prosecuted for rape in 1949. She had just left the courtroom following at the hearing in Tavares on Monday. Photo: Joe Byrnes

A judge in Lake County has posthumously cleared the names of four Black men wrongly prosecuted following the alleged rape a 17-year-old white woman in 1949.

Family members of the Groveland Four celebrated Monday’s decision as the end of a decades-long injustice.

State Attorney Bill Gladson described how Sheriff Willis McCall and his men victimized the Groveland Four — abuse, lack of evidence, perjury, hiding of facts that would have cleared them.

“[I]t became clear to me that one could more easily describe or characterize this, not as a criminal investigation, but a criminal conspiracy between the sheriff and his deputies,” Gladson said during the hearing.

From left, Walter Irvin, Charles Greenlee, and Samuel Shepherd were wrongfully prosecuted for rape in 1949. A fourth man, Ernest Thomas, was killed during a manhunt before he could be arrested. Photo: Gary Corsair

The four suffered horribly. Ernest Thomas was killed by a posse. Walter Irvin was injured and Samuel Shepherd killed by McCall after the intial convictions were overturned by the U.S. Supreme Court. Thurgood Marshall and the NAACP had taken their death penalty case and won the appeal.

Charles Greenlee was arrested at 16 and sent to prison.

Circuit Judge Heidi Davis exonerated them one by one.

“With that, all four gentlemen are fully restored to the innocence afforded them by the law though denied for these many 70 years,” she said.

That injustice did not define her, she says. “I will not hate but I will love and embrace all of those who did not know at the time that my father was a caring and loving, compassionate person that did not rape anybody.”