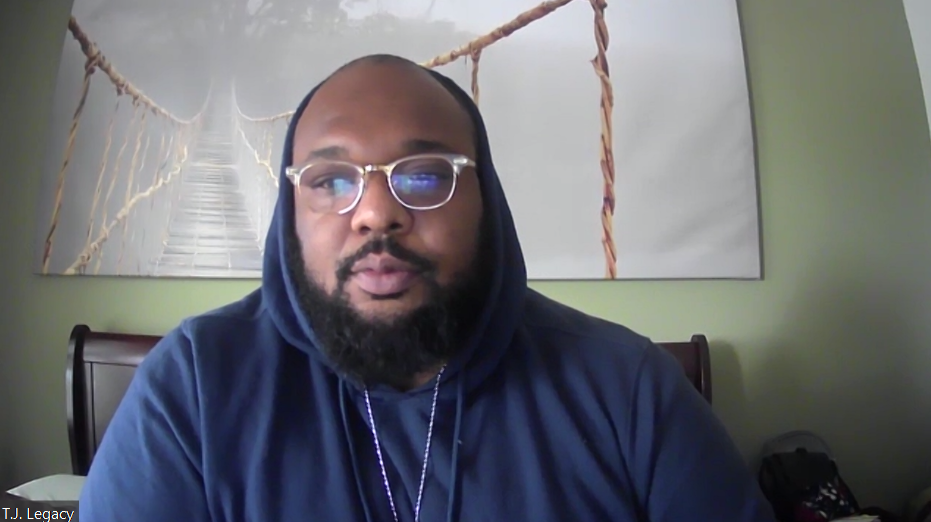 The last few months have brought together veteran activists and people newly motivated to join protests over racial inequality and police brutality.

Journalist and activist T.J. Legacy Cole joins Intersection to talk about his perspective on the protests.

He discusses police reform, the Black Lives Matter mural in downtown Orlando and his conversation with US. Rep. Val Demings, who was a guest on his podcast The Soapboxx.

“We’ve been doing a lot of work here locally, during the pandemic and before the pandemic,” said Cole.

“It’s always great for us to get more people who want to be involved, and so the more people who are on the street, who want to see a change and see police reform and accountability, the better for us and I think it puts more pressure on those in power to make that change.”

Although the Orlando Police Department this week committed to ending choke holds and no-knock warrants, Cole said there is a lot more work to be done.

“We have a long road to go when it comes to police reform and police accountability,” he said.

“Orlando continues to try to put band aids on gash wounds instead of actually…doing a complete diagnostic of Orlando Police Department’s policies, sitting down with activists who are influential and knowledgeable about these things
to make actual change.”

Click on the media player above to listen to the conversation.