Jose Forecast To Become A Hurricane (Again) On Friday 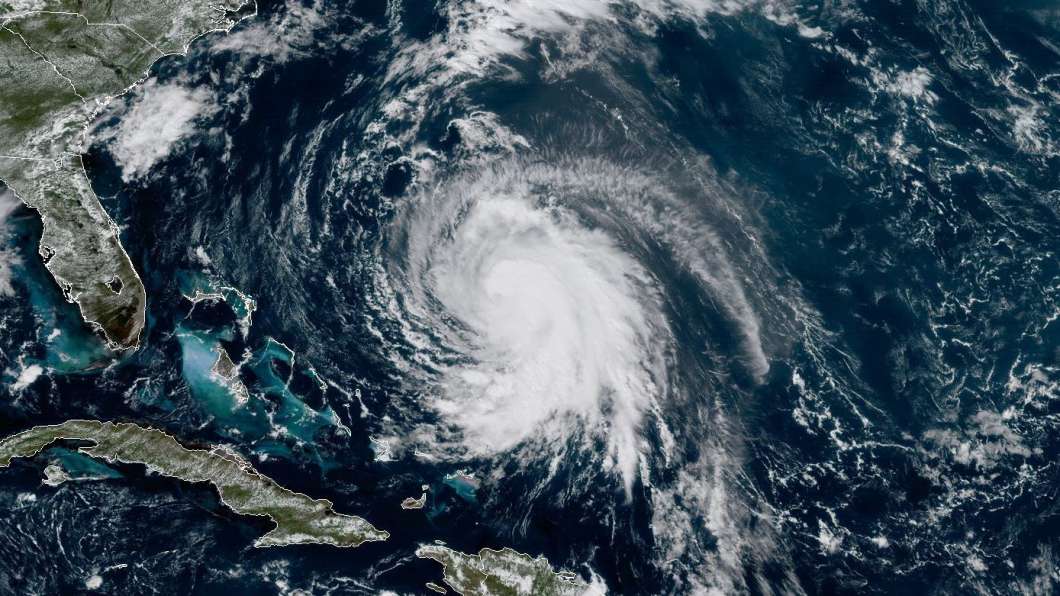 Tropical Storm Jose is moving west-northwest on Friday. Jose had been a dangerous Category 4 storm, with 150-mph winds, and it's expected to become a hurricane once more.

People who live along the U.S. East Coast from North Carolina up to New England should monitor Tropical Storm Jose, forecasters say. The storm’s winds won’t get close to land until Sunday or Monday — but it is expected to become a hurricane on Friday.

As of Friday morning, Jose had maximum sustained winds of 70 mph. It was located about 360 miles northeast of the southeastern Bahamas islands and moving west-northwest at nearly 9 mph, the National Hurricane Center says. The storm is expected to turn northward on Friday or Saturday.

No coastal watches or warnings are in effect for Jose, but the storm is expected to bring “high surf and life-threatening rip currents along portions of the U.S. East Coast,” the hurricane center warns.

Tropical-storm-force winds are extending up to 140 miles from Jose’s center.

“Although the center of Jose is currently forecast to pass well east of the North Carolina coast early next week, tropical-storm-force winds are expected to extend well west of the center and could approach the North Carolina Outer Banks on Monday,” the National Hurricane Center said. “Farther north along the U.S. east coast, it is too soon to determine if any other direct impacts from Jose will occur.”

Another potential hurricane threat is approaching North America’s Western coast, as Tropical Storm Norma is predicted to become a hurricane over the weekend before making landfall north of Cabo San Lucas on Baja California Sur in Mexico late Monday or early Tuesday. The storm had maximum sustained winds of 50 mph Friday morning.

In the Atlantic, Jose formed in the wake of Irma, the huge and deadly storm that ravaged islands in the Caribbean before bringing a massive storm surge and heavy rains to Florida and neighboring states. For a time, it was a dangerous Category 4 storm, with 150-mph winds. But it weakened after reaching that peak last weekend.

Jose performed an unusual loop-the-loop before continuing its northwest motion — and now it is expected to strengthen.

The hurricane center says it is tracking two potentially troubling systems behind Jose, out over the open Atlantic Ocean. And like Irma and Jose, they formed off of Africa’s coast and are heading westward.

“Tropical storm or hurricane watches could be issued for portions of the Lesser Antilles on Saturday,” the National Hurricane Center said in its update at 2 p.m. ET Friday.

One of those systems, dubbed Tropical Depression Fourteen, is forecast to develop into a tropical storm. “Fourteen” is trailing the other system, which is still a “tropical wave” — an area of thunderstorms and rain. It is still about 1,100 miles east of the Windward Islands along the Caribbean — but forecasters say it has a 90 percent chance of developing into a tropical depression over the next five days.