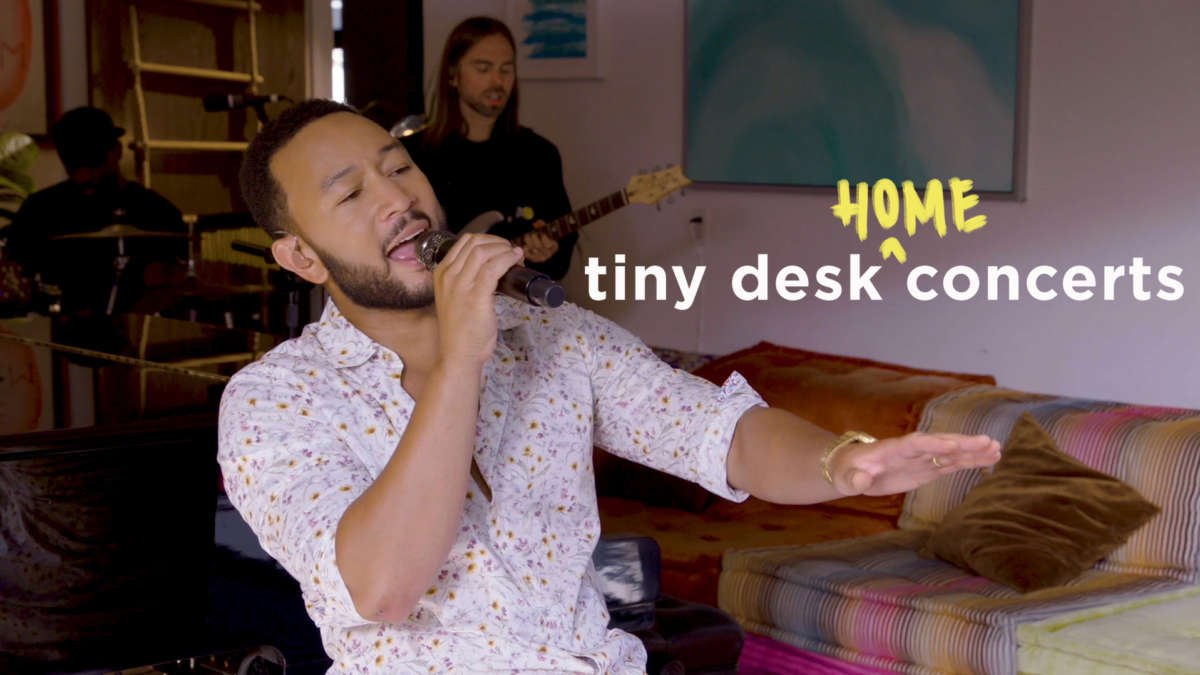 John Legend fully embraced the spirit of the Tiny Desk for his quarantine concert. He filmed this four-song performance in an office, in this case the Los Angeles office of his management company Friends At Work. He endearingly refers to his piano as his “tiny desk.” He flew his seven-piece band out from Philadelphia to fill that office with utter joy.

They kick off the set with “Ooh Laa,” a song John calls “doo-wop meets trap” it’s also the lead-off track to his summer album, Bigger Love. In fact, all of the songs filmed on this day are from Bigger Love, including “Conversations in the Dark,” which John says is “a good song for babies to dance to — you might want to get married to it, too, if you’re so inclined.” Meanwhile, behind the band on a big screen reads, “Speak the truth, even if your voice shakes.”

While introducing his final song, “Bigger Love,”he tells us that “I wrote all the songs before the pandemic, before we saw folks marching in the streets, mourning (the) life of George Floyd, expressing their outrage. But some of these songs feel even more appropriate now, feel like we need them more now then we did even when I wrote them. This song ‘Bigger Love’ is about the power of love to get us through tough times, the idea that when you have love, it makes you more resilient, it makes you more hopeful. And we all need a little dance break, too, right?” So enjoy and turn it up.