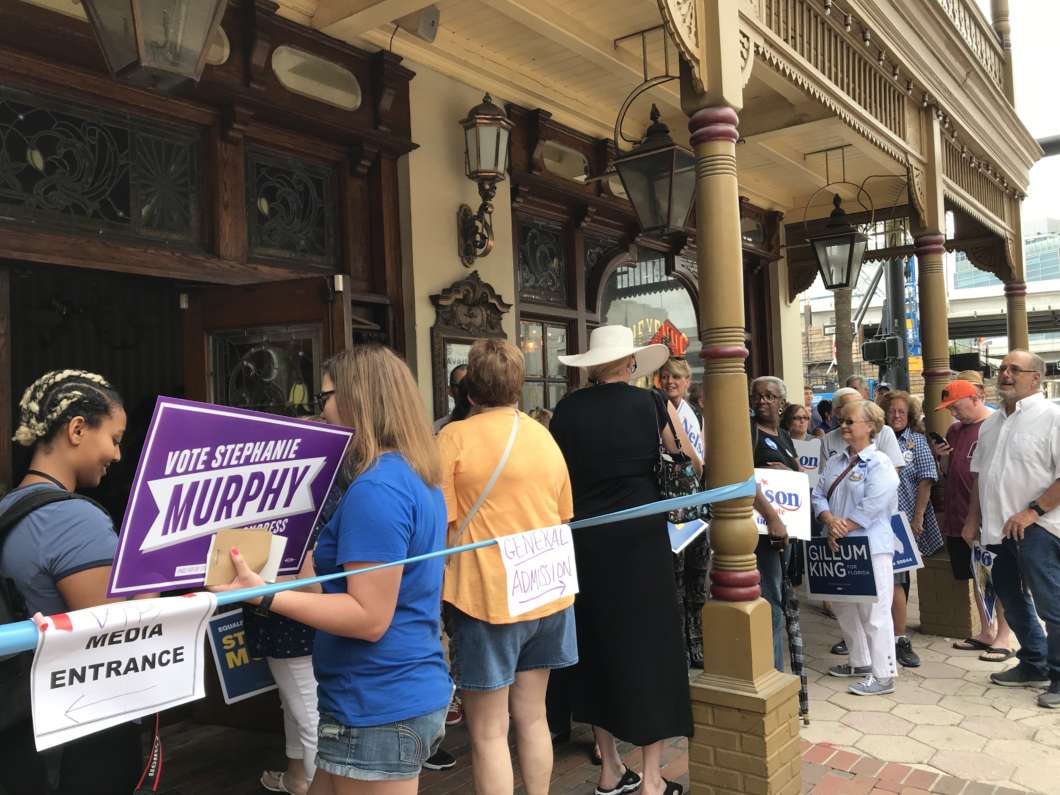 Some supporters had waited since the early afternoon. Photo by Danielle Prieur

Former Vice President Joe Biden was in Orlando on Tuesday.

He was here to support Democratic gubernatorial candidate Andrew Gillum and also Democratic Sen. Bill Nelson, who is seeking re-election.

Amber Antonio stood in a line with hundreds of others outside downtown Orlando’s Cheyenne Saloon.

“Democrats need to show up to the polls and vote, and it’s wonderful we’re getting national support from Joe Biden.”

She says she supports women’s rights. She says she and her husband already have attended two women’s marches and are looking forward to the next.

A street artist entertained supporters as they waited in line, some since the early afternoon.

Christine Brodie was there for her son. She says her son would have lost his health care because of a pre-existing condition without the Affordable Care Act.

“I got a message from my insurance company that he had already reached his lifetime max. He was in second grade.”