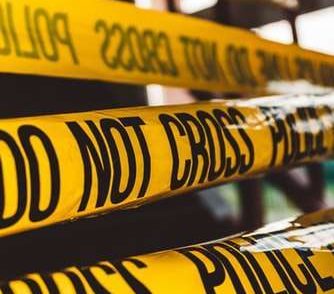 The Orange County School Board just voted to approve next year’s budget. Included in the budget- extra funding for School Resource Officers.

Activists say putting additional resource officers in schools elevates the risk of over policing and helps foster a school to prison pipeline.

“Our organization is really concerned with excessive policing at OCPS,” said Diaz, noting the funding for an additional 21 SROs for middle schools and a boost for salaries.

“This is concerning because the [Marjorie Stoneman Douglas] law only requires one SRO per school, so by putting in two to three which is what OCPS is doing now at middle schools, they’re really taking an excessive interpretation of the law. So we are trying to get them to come back to one SRO per school.”

She says if a child who acts out at school is arrested, it could harm their mental and emotional well being.

“And so you have to have a much more holistic approach to that than just more law in order in school.”

Diaz says it’s important that the role of an SRO is clearly defined so they aren’t being asked to intervene for minor violations of a school’s code of conduct.

“I think really defining the role of the SRO and really looking at the code of conduct really represents the essence of trying to keep our students safe,” says Diaz.

“I think it’s really important for the school board to understand that this is something that they should be working more closely with communities, stakeholders and parents. They can’t do it alone.”

We also spoke with Orange County School Board Member Angie Gallo. She’s in her first term on the school board, and she’s also co-chair of the Florida Coalition to Prevent Gun Violence.

She says middle schools may have one to two officers on campus, and some of them are “relief SROs” to help provide “bell to bell coverage”

“We keep SROs on hand that rotate from campus to campus. to fill those needs as necessary,” says Gallo.

“I think having an SRO in a school or two SROs in a school should be viewed as a good thing. I mean, these SRO should be building community relations with with the kids with the parents,” says Gallo.

Gallo agrees that there need to be clear guidelines about the role of an SRO and a school’s disciplinary procedures. And she says the primary reason for SROs on campus is for safety. She says the Florida Coalition to Prevent Gun Violence pushed for SROs on school campuses rather than school guardians or safety officers.

“We believe that a sworn law enforcement officer is the safest person in that school, if there’s going to be an active school shooter.”