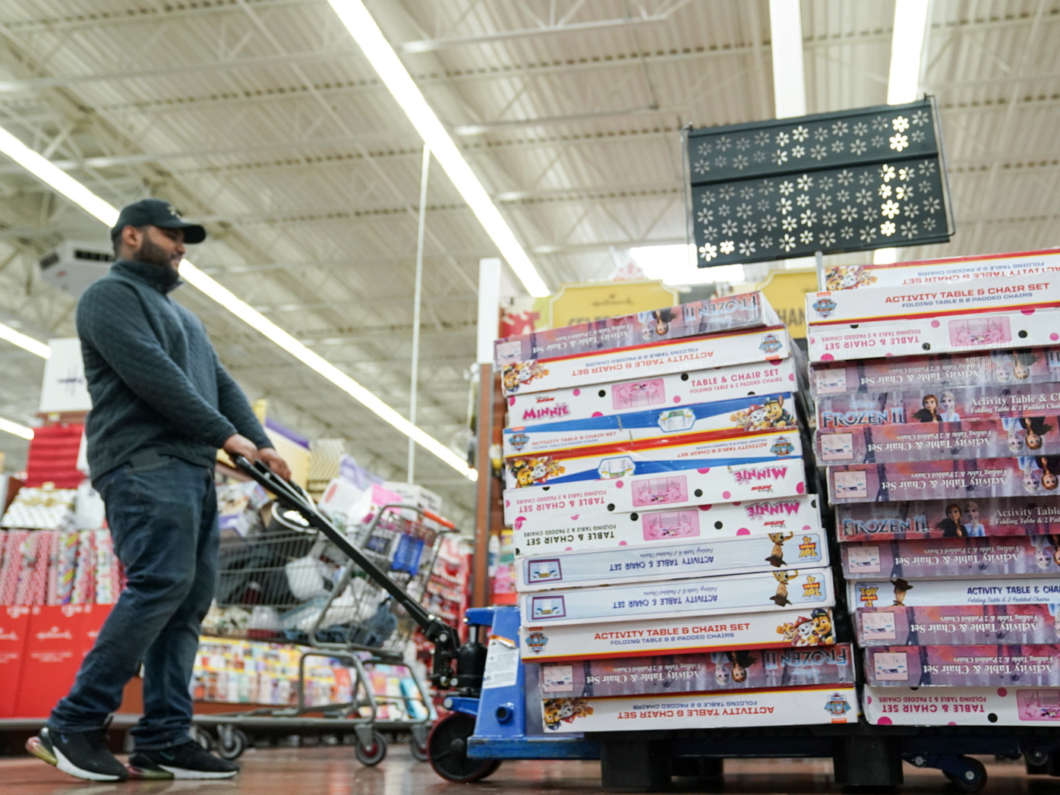 An employee stocks the toy section of a Walmart on Black Friday in King of Prussia, Pa.
Image credit: Sarah Silbiger

U.S. employers added a better-than-expected 266,000 jobs in November in a sign the economy continues to power ahead.

The unemployment rate dipped to 3.5%. Job gains for the two previous months were revised up by a total of 41,000.

The overall jobs number got a boost from the roughly 41,000 people who returned to work, after being idled in October by the United Auto Workers strike at General Motors.

Manufacturing added a total of 54,000 jobs, even though factory activity has declined in each of the past four months.

Factories — many of which rely on global supply chains and global markets — have been especially vulnerable to President Trump’s trade war, as well as a general slowdown in overseas demand.

The much larger services side of the economy, including hospitals and restaurants that cater to local customers, has been more insulated from global headwinds.

Service sector jobs accounted for the lion’s share of the November gains with 206,000 jobs added.

Wage gains accelerated slightly with average wages rising 3.1% over the past 12 months.

Labor force participation dropped slightly, contributing to the drop in the unemployment rate.