JoAnn Morgan – The Only Woman In The Apollo 11 Firing Room 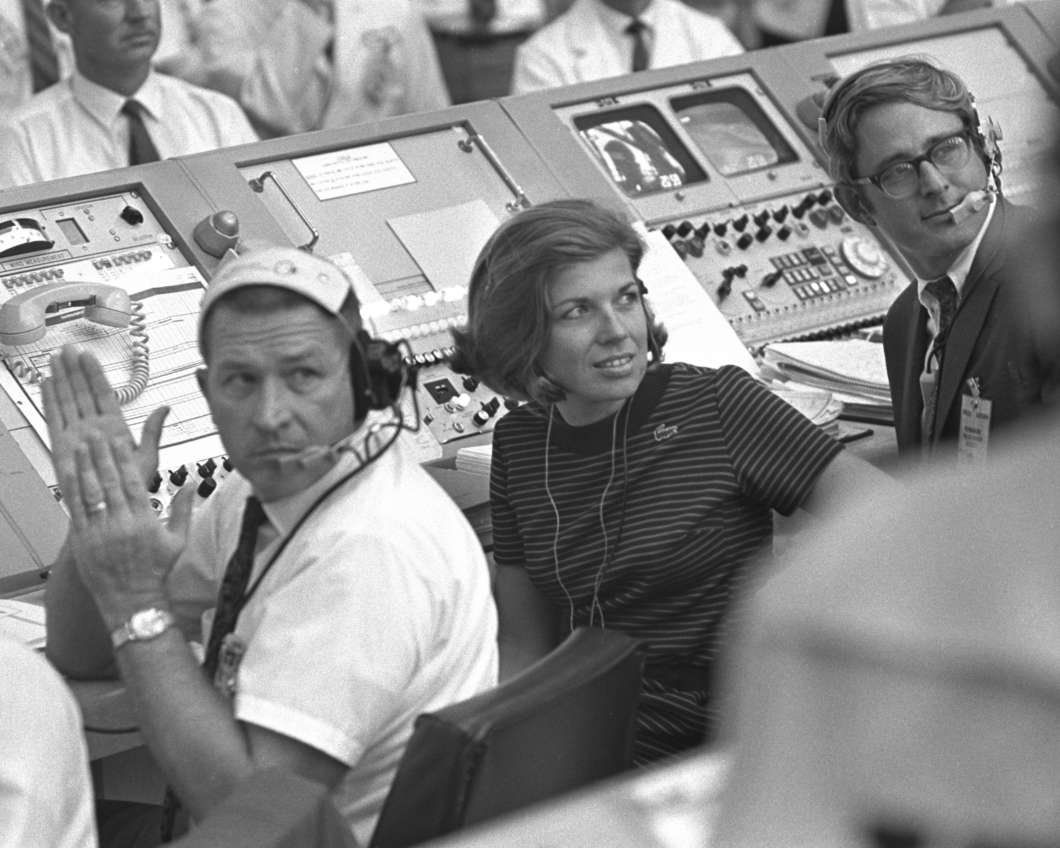 JoAnn Morgan was the only woman in the launch firing room during the launch of Apollo 11. Photo: NASA

On the morning of July 16, dozens of technicians and flight controllers piled into the firing room at NASA’s Kennedy Space Center to count down the launch of Apollo 11’s Saturn V rocket. Among the sea of people was JoAnn Morgan –KSC’s first female engineer and the only woman in that firing room.

As NASA was testing its rockets during the Apollo program, it was standard policy to actually lock technicians and launch directors inside the firing room block houses for the hours-long tests.

There was one problem.

“Those blockhouses have no ladies restroom, and I was never locked up in them for lift or test launches,” said Morgan. “I always had to vacate.”

Morgan had an important job. As an instrumentation controller, it was her job to monitor the readings from all the sensors on the rockets, motors and computers. But a woman in the firing room was a sight not before seen. These tests were run mostly by military men, who had probably never worked shoulder to shoulder with a female engineer.

“At first a test supervisor came over and said ‘oh, we don’t have women here’ and I said ‘EEEK,’” Morgan recalls. “I didn’t know what to do. So I called my director, Carl Sindler was his name, and I said ‘Mr. Sindler, this test supervisor says women aren’t allowed out here. He said ‘Uh, JoAnn, you get the test done, you bring me the data don’t worry about it.”

And she did. She became a familiar face in the testing rooms. She collected data and monitored for Soviet signals attempting to scramble communication and sabotage the flight — this was the space race after all.

“They got used to me and they accepted me and I continued on,” she said. “By Apollo 11, them putting me out there to be there at liftoff was probably not that big a surprise. Several people congratulated me and after launch, the test supervisor, who happened to be the same one who happened to be at blockhouse 34, came down and gave me a cigar when he was handing out cigars.”

Morgan’s career began at the University of Florida. She spent her summer breaks working at the Army Ballistic Missile Agency where she worked Wernher von Braun, the scientist who designed Apollo 11’s Saturn V rocket.

So nearly a decade later, Morgan wasn’t surprised to find herself on console, in a sea of men in white shirts and black ties, as three humans left Earth on the first mission to the moon. “How did I get there? I had been working hard for 10 years.”

At Kennedy Space Center, Morgan was a trailblazer though she’d never call herself that. She was the first female engineer at KSC. She also was outspoken and innovative — traits that took her from the firing room to the board room, making her the first woman to become a senior executive at the space center.

“She was a huge glass ceiling breaker,” said Suzy Cunningham, a NASA engineer. She worked with Morgan, who pushed her to speak out and take career risks. “She is proof that again, it’s okay to be a female and be assertive. I love her moxie.”

Morgan mentored many women, and men, during her more than four-decade-long career at NASA.

JoAnn Morgan, at right, speaking to Charlie Blackwell-Thompson, the first female launch director, who will lead countdown and launch for Artemis-1. Photo: NASA

And the same Apollo 11 firing room at Kennedy Space Center, where Morgan made history, is now led by a woman — Charlie Blackwell-Thompson. “I think she would be very proud that we have a female leader that’s part of this launch countdown team.”

Even in retirement, Morgan is still fighting for equality in engineering. She sponsors scholarships at schools with low female enrollment in engineering programs and lately has been focusing on getting more Native American women in the field.

As the anniversary of the Apollo 11 moon landing approaches, Morgan welcomes the chance to reflect on her time at NASA.

“That so many people are realizing ‘oh my gosh, that’s a lady there, in the launch control center. What all has she done?’ It’s been a lot. And since I didn’t have any dull days, what better work could you ask for?”