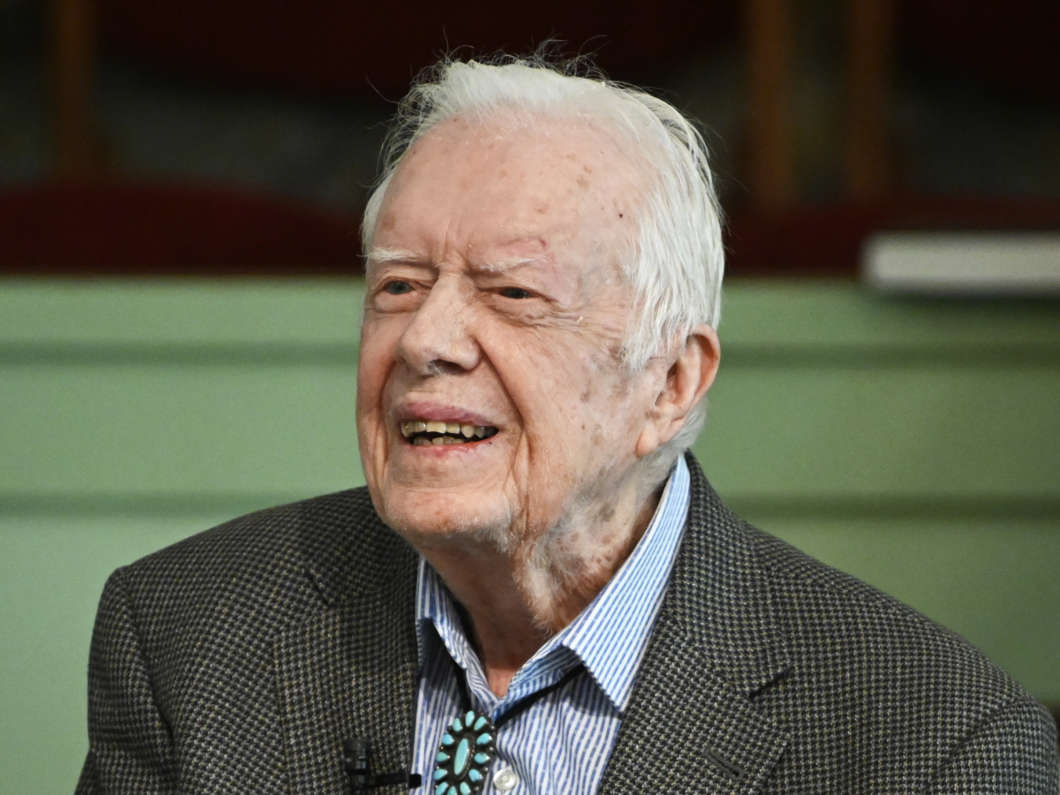 Former President Jimmy Carter was admitted to the hospital over the weekend to treat a urinary tract infection, according to the Carter Center.
Image credit: John Amis

Former President Jimmy Carter was admitted to a Georgia hospital over the weekend to receive treatment for a urinary tract infection, according to the Carter Center, which says the 39th president “looks forward to returning home soon.”

Spokesperson Deanna Congileo said in a statement that Carter “was admitted to Phoebe Sumter Medical Center in Americus, Ga., this past weekend for treatment for a urinary tract infection.”

“He is feeling better and looks forward to returning home soon,” the statement said.

No further details were released.

This is the latest in a string of health challenges the former president has faced in recent months.

Carter, 95, was recovering from an operation at Emory Hospital in Atlanta to relieve pressure on his brain caused by two recent falls. As NPR reported last month, Carter sustained a subdural hematoma, a common type of brain bleeding after a fall.

As the Atlanta Journal Constitution reports, Carter was released from the hospital following that surgery on Wednesday, the day before Thanksgiving, “with little fanfare.”

The Carter Center said after that earlier procedure that there were “no complications from the surgery.”

Carter fell twice in October. One fall took place at his home in Plains, Ga., where he suffered a “minor pelvic fracture,” and another fall resulted in a black eye.

In May, Carter fell at his home and broke his hip.

In 2015, the former president was diagnosed with melanoma, which he said spread to his liver and his brain. While he was receiving treatment, he continued to teach Sunday school and help build homes for Habitat for Humanity.

A few months after announcing his cancer diagnosis, he said he was cancer-free.

Carter served as president from 1977 to 1981. Previously, he served as governor of Georgia.