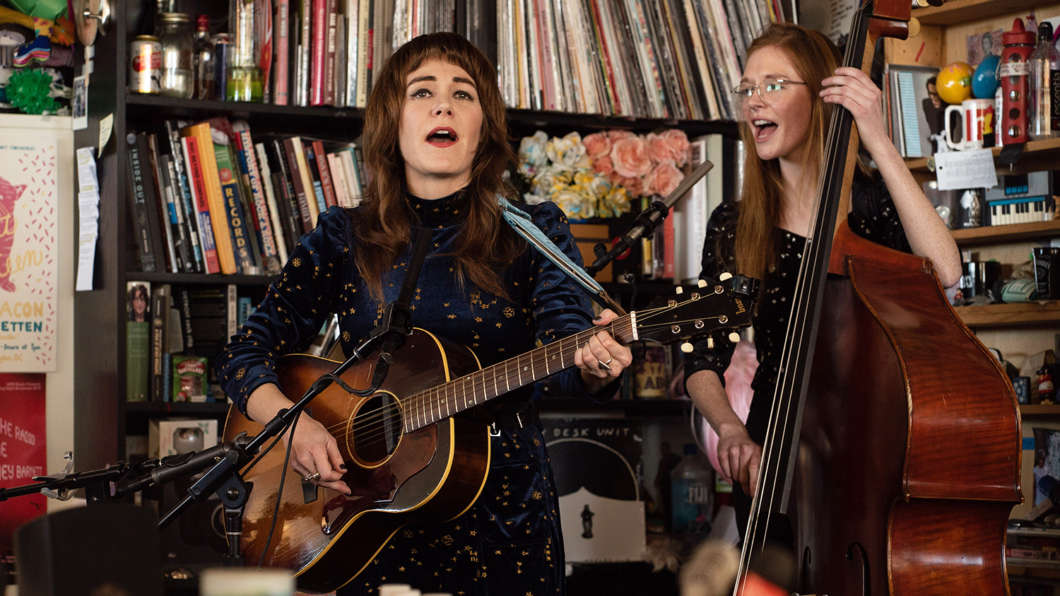 Having seen Jenny Lewis’ recent concert spectacle, with its Las Vegas sparkle — complete with a multi-level stage — I loved the contrast her Tiny Desk Concert provided.

Jenny arrived at NPR with just her acoustic guitar and bandmates Emily Elbert, who sang and played guitar, and Anna Butterss on upright bass and vocals. Stripped of all the glitz, it was the words that found their way to my heart. A consummate storyteller, going as far back to her days with her band Rilo Kiley, Jenny’s words have comforted and inspired so many.

She sings two of her three Tiny Desk songs from her fourth solo record, On the Line. These are tough breakup songs, though she redirects all the pain into thoughtful fun. She even turned “Rabbit Hole” into an NPR sing-along and gave us all a Hot Pockets surprise. You’ll have to watch for that one.